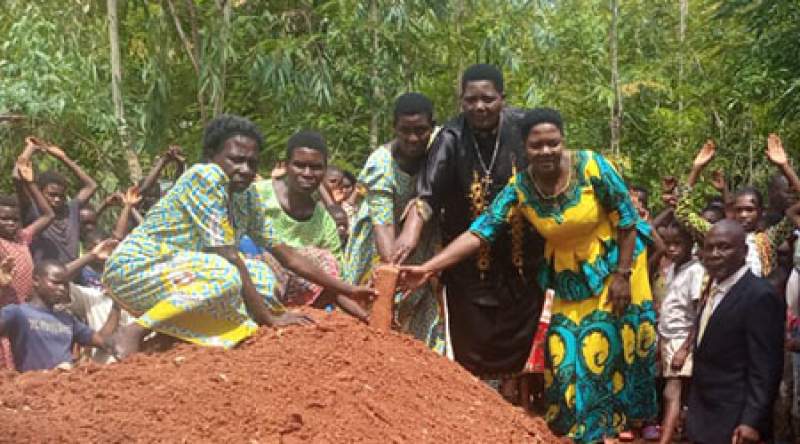 Mbeta (in black) during the event - pic by Hastings Jimani

A female evangelist says Early Childhood Development (ECD) is a fundamental strategy which prepares the future of children.

“We need to join hands in promoting ECD in rural areas by supporting construction of ECDCs for our children to be learning under favorable conditions,” said Evangelist Mbeta.

Evangelist Mbeta who is also Director of a charity organization- Chigonjetso Community Development Organization (CCDO) also called upon Christians to share the little they have with the needy during this festive season saying Christmas is a season of sharing with the needy.

“It does not make sense to only preach to hungry souls but preach and share with them the little we have,” said Evangelist Mbeta.

Group Village Head Chilungulo thanked the evangelist for the decision she has made.

“She had been promising us an ECDC and we are glad now that Mama (as they call her there) has laid a foundation stone for the ECDC,” said GVH Chilungulo