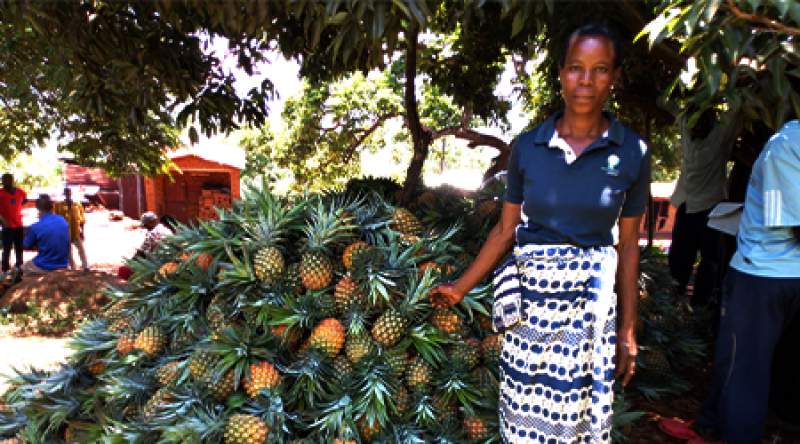 Access to better markets remains a challenge to pineapple growers in Mulanje, a development that is forcing them to sell their fruits to unscrupulous vendors.

Team leader of Tadzuka Nanazi Producers and Marketing Group Davis Jaire told Zodiak Online that during the pineapple pick period (between December and March) prices go as low as K100 per pineapple.

“Currently we are 87 farmers and our interest is that one day we become a cooperative,” said Jaire.

Group Village Headman Nnesa, a pineapple farmer himself said the area has 40 hectares where pineapple is grown.

“If government or NGOs support us, we will increase the hectares because we have enough land here,” said GVH Nnesa.

“We visited the group recently and discussed with them a number of issues. What I can say now is that if all goes well, AGCOM will support them with a K20 million grant to procure 250, 000 pineapple suckers and distribute among themselves and a seven-ton lorry for transportation of their pineapples to markets while waiting for a training and possible attainment of a cooperative status,” said Twaya.

In 2018, Malawi exported 31 tons of pineapple juice at an average export market price of USD0.6 per kilogram.