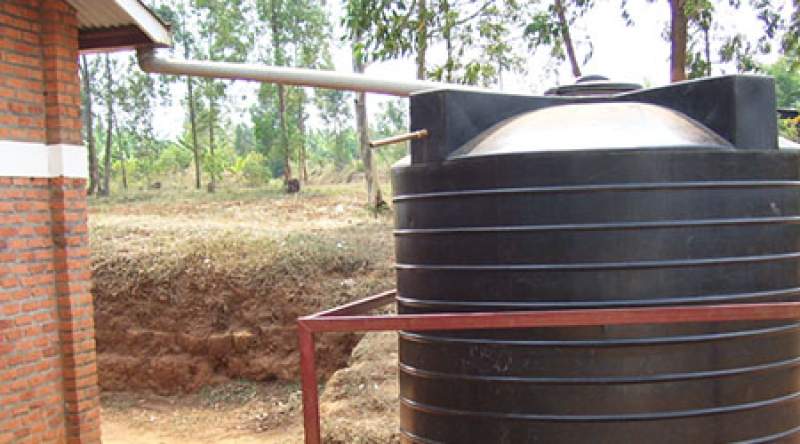 The Rain Water Harvesting Association of Malawi has disclosed that the country loses bout 19 billion cubic meters of rain water every year as surface water run offs due to failure to invest in rain water harvesting techniques.

Chairperson for the Association, MacPherson Nthala, has disclosed this to Zodiak during an interview, describing the situation as worrisome, saying the wasted water is enough to meet the country's both domestic, agricultural as well as industrial demand during dry seasons.

He said apart from large dams, the rainwater can also be harvested through adoption of some agronomic practices such construction of some infiltration ponds and restoration of vegetation cover in their fields.

He has since called on people in the country to utilize this year's rain season to harvest as much rainwater as possible which he said can go a long way in averting some dry spells as well as over dependency on rain fed agriculture.

"You see, this year we have had delayed onset of rains. We are also likely to experience dry spells within this rain season. This would not have been a challenge if we are able to stock enough rain water during the previous season.

On her part Director of Water Services in the Ministry of Forestry and Natural Resources, Modesta Kanjaye, conceded that the country has not done much in rain water harvesting.

She has however disclosed that government intends to construct about 40 majors rain water harvesting dams across the country in the next two to three years.

Malawi's economy is largely agro- based with the sector employing about 80 percent of the country's total population.

However, effects of climate change have brought about so many uncertainties in the sector making experts to argue that its high time that the country stops depending largely on rain fed agriculture.