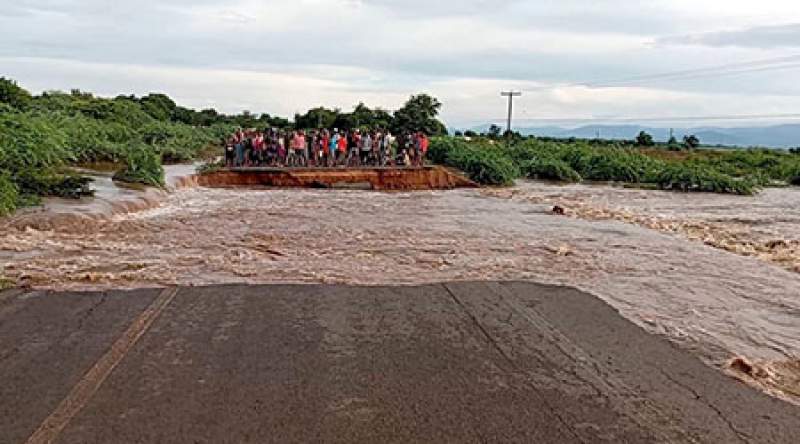 Cyclone Ana devastated some parts of the country - pic courtesy of voa.com

Environmental experts in the country have warned that Malawi will continue to experience negative effects of climate change like heavy flooding in the future due to lack of ownership of the environment among political leaders and poor environmental management by citizens in the country.

Andrew Kaitano Hamuza who is the Assistant Forestry Officer for Machinga, has noted that politicians have had a hand in destroying forests in the country for charcoal despite the need for them to pump in resources to curb the malpractice.

Hamuza says government should release enough funds to the forestry department in the country if the war against negative effects of climate change is to be won.

"We expect government to fund the forestry department in this country rather than waiting for disasters to hit," noted Hamuza.

On the other hand, environmentalist Godfrey Mfiti says Malawians have forgotten to use best farming practices like agroforestry which can help in reserving the country's water table.

"The solutions are simple, we should take care of the environment and if farmers continue to ignore good agriculture practices, the country will experience more devastating floods," said Mfiti.

In the past week, Malawi has seen another devastating flooding that has displaced over 80 thousand households in 17 districts of the country, with Machinga, Neno, Chikwawa and Nsanje being among the most affected districts.