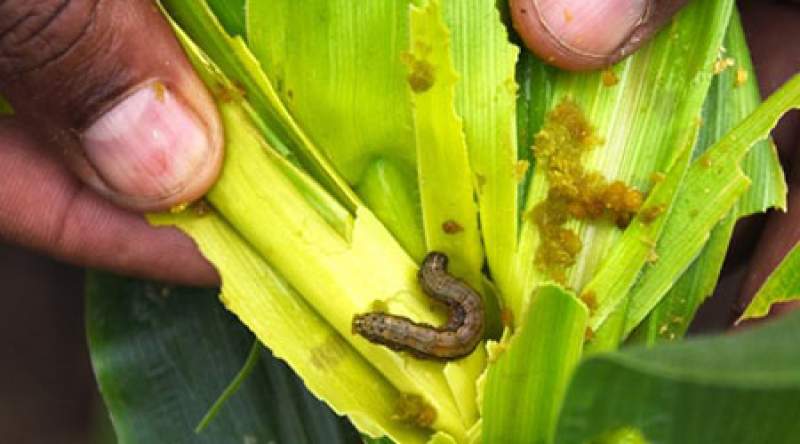 Ministry of agriculture says it has contained fall armyworm that devastated some districts of the country.

Spokesperson in the ministry, Gracian Lungu, says apart from the use of pesticides, continuous rainfall contributed a lot in containing the pest.

Lungu says the pest fails to multiply further when there is more rainfall.

“Currently, we do not have much reports of fall armyworm because in the end of December last year, we had an outbreak especially in Thyolo which was worst hit district with about 11 percent infestation rate.

Lungu says they are working with officers to make sure that farmers are aware of the ways which they can use to control the pest.

Agriculture expert, Ronald Chilumpha, from the Farmers Organization Limited, has called on the ministry to be prepared in an event that the outbreak resurfaces.

“Because of the rains, the pest population is reduced naturally. In case there is a dry spell, there might be another outbreak.

“Ministry of agriculture needs to be prepared. Preparedness in this case means having pesticides available for the farmers to apply in case we have the outbreak,” he said.