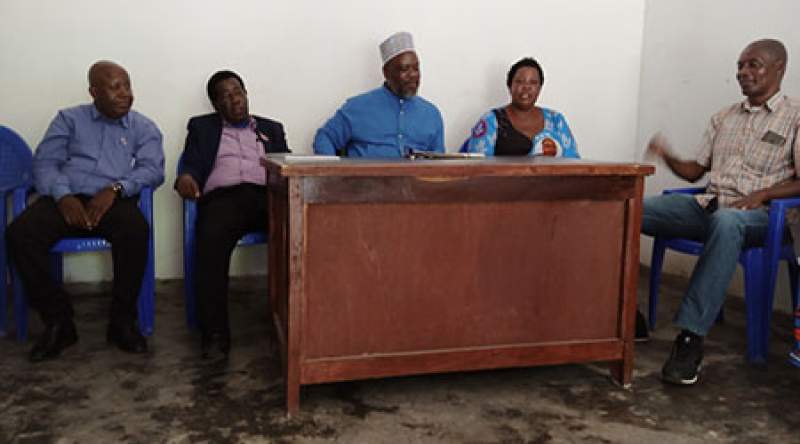 Some members of the opposition Democratic Progressive Party (DPP) in the eastern region have condemned Mark Botomani, the party's member of parliament for Zomba Chisi, over remarks that the party's vice president for the east, Bright Msaka, asked leader of opposition Kondwani Nankhumwa to be put in his shadow cabinet.

DPP's regional governor for the east, Emran Mtenje says Botomani's remark is clear evidence of lack of respect and intentions to further divisions in the party.

Mtenje says that as the party they suspect that some of its members are playing double standards, serving the party and the governing Tonse administration's interests.

"Sometimes you look at the way the member of parliament is behaving, most of our members seem not to concentrate on the DPP but they are serving Tonse Alliance regime. Our party does not recognize the just released shadow cabinet," said Mtenje.

In response, Botomani says he made the remarks in his capacity as shadow minister of Information, he has since urged the concerned members to focus on rebuilding the party.

"I made those comments because I am the shadow minister of Information. I am not serving any other party than the DPP. I respect my vice president for the east," Botomani responded.

Political commentator, Wonderful Mkhutche says the in-fighting in the party is due to leadership vacuum, urging its president, Peter Mutharika to address the issue.

"The DPP in-fight is not strange. The president of the party is not actively willing to solve the misunderstandings. They should work on the problems as soon as possible for them to conduct a peaceful convention in 2023," noted Mkhutche.