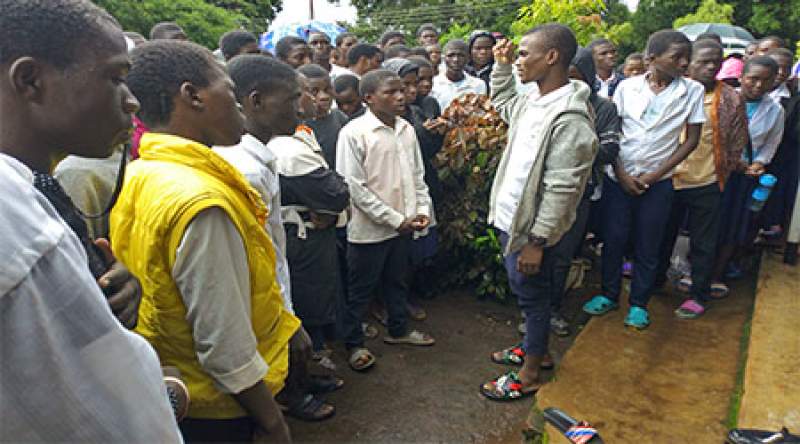 Students from Chikhwaza Secondary School in Mulanje on Monday braved heavy rains and marched to the office of Shire Highlands Education Division where they presented a petition on persistent power blackout at their school.

President of the students' council Innocent Mankhwala told Zodiak Online that since November 28, 2021, when the ESCOM transformer became faulty, it has not been replaced let alone get fixed.

He said this is compromising their studies.

He said this is the reason they decided to march to the EDM’s office, covering a distance of 22 kilometres to present their petition.

Education Division Manager Evelyn Mjima described the issues raised in the petition as pertinent adding that the school has electric submersible pump and in the absence of electricity water, sanitation and hygiene have been compromised.

“Let me assure you that through the District Commissioner’s office I will remind ESCOM and I am sure very soon, the problem will be addressed,” said Mjima.

ESCOM Spokesperson Innocent Chitosi said he will comment on the matter later.