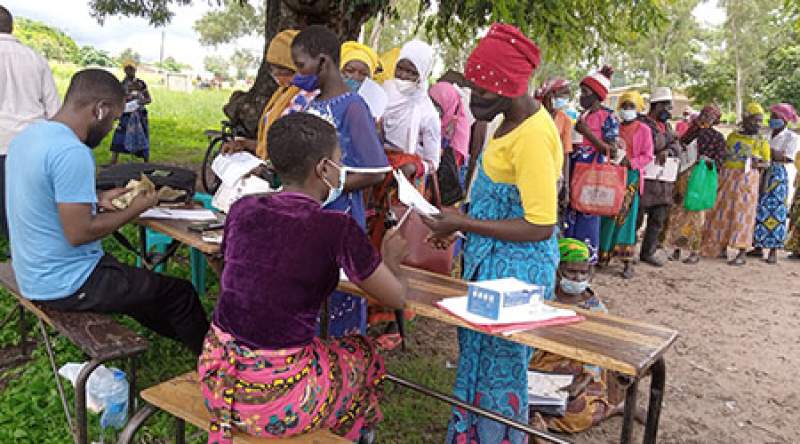 In an effort to sustain people facing financial challenges during the lean period, Machinga District Council with support from Ministry of Gender, has on Tuesday supported thirteen thousand families under Social Cash Transfer programme with a financial booster of an additional K36 000 each for January and February, on top of the normal monthly cash they receive in the programme.

One of the beneficiaries, Esnart Black from the Area of T/A Liwonde says, the financial booster will help in rebuilding her house which was destroyed by heavy rains and buy food for her children after losing her crops to the running waters.

"I would like to express my gratitude for the financial booster I have received today as I lost my field and houses to the floods so this will help me recover," said Black.

Machinga District Commissioner, Rosemary Nawasha said the project has been a success despite facing transportation challenges which resulted to cut-off roads due to floods.

Nawasha has assured the beneficiaries of a continued support with the normal monthly social cash transfer despite the booster two months programme ending this month.

"The two-months programme has successfully made it. We had problems with the roads but our team has been active in reaching out to the beneficiaries," said Nawasha

"The normal programme will continue because government is much committed to supporting the underprivileged households," she added.

About 486 million kwacha has been distributed in the two months programme.