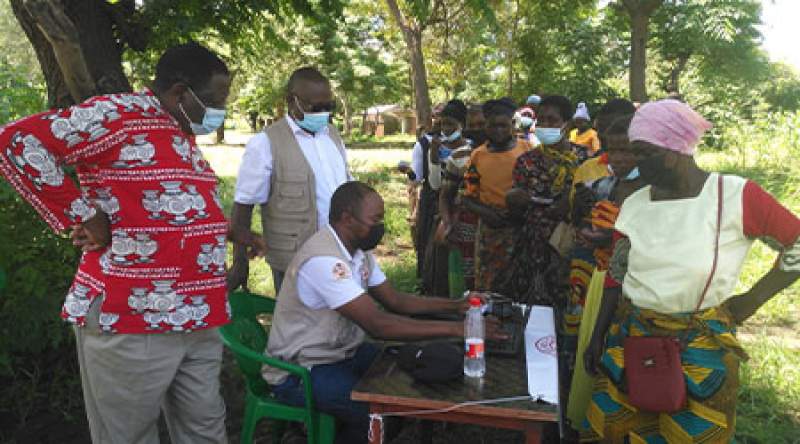 Survivors queueing for their shares - pic by Chrispin Msiska

Balaka District Council has hailed Malawi Red Cross Society (MRCS) for reaching out to Tropical Storm Ana survivors with a K10.5 million cash in the district in Traditional Authority's Amidu, Phimbi, and Kalembo whose houses were heavily affected early January.

District Commissioner Dr MacLoud Kadammanja has also appealed to stakeholders to assist survivors to construct reliable evacuation shelters across the district for those whose houses might collapse by floods.

Kadammanja added that government and stakeholders can provide big tents and build evacuation shelters fully fledged with toilets and bathrooms that flood survivors can use during disasters.

"We are so grateful to Red Cross Society of Malawi for the sound gesture they've shown to people of Balaka. We would like to reach to more stakeholders to come and assist," said Kadammanja.

A total of 7500 families have been affected by Cyclone Ana.

The survivors have each been given K75, 000 and K60, 000 each in the cash transfer depending on the damage caused to their homes to reconstruct houses that collapsed.

Nazili, has since pledged to support the Cyclone Ana survivors during their time of need.