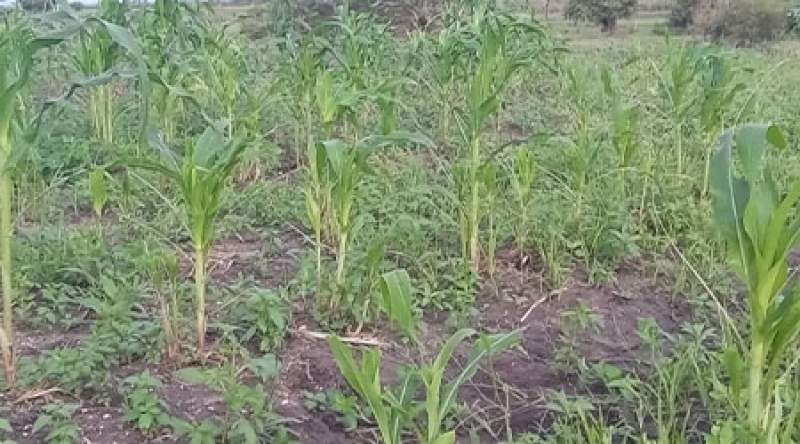 At least one thousand eight hundred farmers in Thuchira and Kamwendo Extension Planning Areas in Mulanje district are destitute after African armyworms destroyed their crops completely.

He said his office was already prepared for this infestation.

“Basically, in August and September every year we trap moths and the number of moths trapped gives an indication of the degree of infestation of armyworm we will experience the following year and we therefore get prepared for this,” said Nyirenda.

He said the chemicals are in all the five EPAs in the district for affected farmers to easily access the chemicals.

Lead farmer for the Macholowe section under Thuchira EPA Lamson Mango says severe hunger is looming in the area as 50 farmers there have been affected.

One of the affected farmers Estere Paulo said she has never seen devastating armyworms like these ones.

“Currently we are killing the armyworms physically and there are birds here that are also eating the worms,” said Paulo.

Mulanje has reported these African armyworms when the district like any other district across the country is struggling to contain fall armyworms that have been destroying crops for years now.