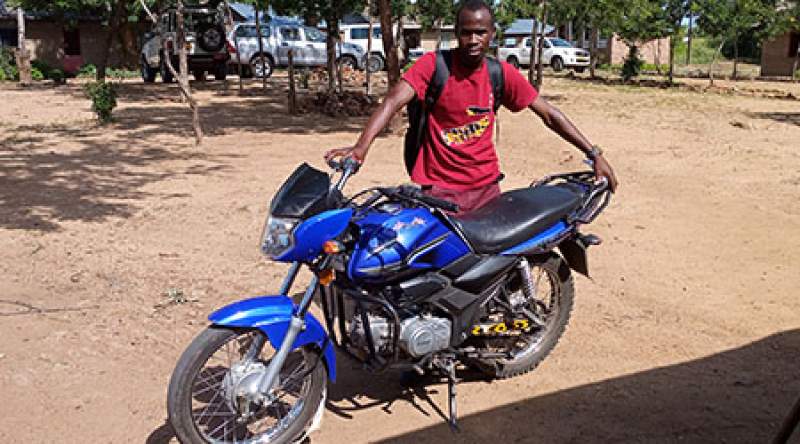 This was observed Wednesday, 02 March 2022, during a field visit HP+ organized for directors and officials in the ministries of youth, gender health, education and other partners in the district to appreciate what the organization’s achievements since 2017, when it started working in Mangochi.

Primarily, the project which ends June 2022, aimed at sealing gaps in policies and their implementation on the ground, with a focus on the health sector, making sure that youths have access to YFHS.

Youth and Adolescent Consultant at HP+, Dezio Macheso, revealed that during training with the youth clubs, it was discovered that mobilization and advocacy was a challenge for the young people as they did not have funds to conduct sensitization campaigns and meetings.

Macheso said to overcome the challenge, HP+ partnered with other organizations such as Feed the Future Malawi for entrepreneurship training from 2017 and, according to the consultant, this has helped some youth clubs to transform into business cooperatives, making profits of millions of Kwacha a year.

Gift Unyolo, Chairperson for Alinafe Youth Club in the area of Traditional Authority Nankumba, said their Club which has a membership of 25, now has opened a number of businesses including, motorbike which they hire out for transport.

“Since we were trained as a group, now our total assets are valued at over K5 million and, as individuals, we have progressed so well that some of us have built better houses,” said the youthful chair.

Senior Traditional Authority Nankumba, hailed HP+ for the achievements and said, given a chance to talk to the donors, he would lobby for more funding as the project has left a notable impact in the area.

“Your friends do not even bother to have a farewell with the community because they have nothing to showcase,” said Nankumba, adding: “You have done a remarkable job and it’s a regret to us that you are leaving.”

Mangochi District Council Director of Agriculture, Environment and Natural Resources, Enfold Kanyimbo, commended the project and he described its approach of involving different sectors at the council as unique.

She described Mangochi as a fertile ground for projects, saying most of the projects that are piloted in the district produce successful results.