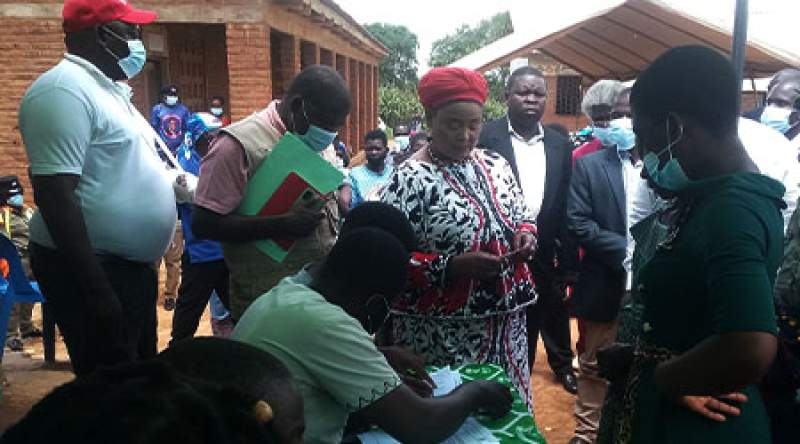 Government has been urged to raise the money going to the ultra-poor under the Social Cash Transfer (SCT) program considering the rise in cost of living.

Nchima ward councilor, Hudson Ovilla, and Senior Chief Nchiramwera, say the initiative is transforming the lives of the communities but government should raise the transfers.

The two were speaking on Sunday during the launch of E-payment for the scheme in Thyolo.

Gertrude Mpoya from Mzuwa village, Senior chief Nchiramwera in Thyolo, who started receiving K20, 000 per month in 2019, attested to have constructed a decent house, paying school fees and caring for her family.

Minister of gender and social welfare Patricia Kaliati, while asking the 16, 482 beneficiaries to use the money wisely and sustainably, said though the money will never be enough, government will look into that.

"We have the banks and a number of people in Malawi which opened business long time ago, but they are still doing businesses, they are not even satisfied with the money they have. So the money will never be enough. So whatever they are getting, what we are looking forward is for them to have basic amenities for their children to go to school, food on the table and good houses," She said.

Meanwhile, TNM Mpamba General manager Christopher Sukasuka, says the company has secured the system, distributed phones to beneficiaries on credit and recruited 1, 300 mobile money agents across the district to ensure they do not walk long distance to access the transfers.

"This is the most secure way of making sure that the money reaches the intended beneficiary. It is only the owner of the account who can access the money in the wallet because we give the secret pin," he assured.

Government and partners started disbursing manually money to ultra-poor communities in 2006 under the program in order to graduate their lives to social-economic independence.