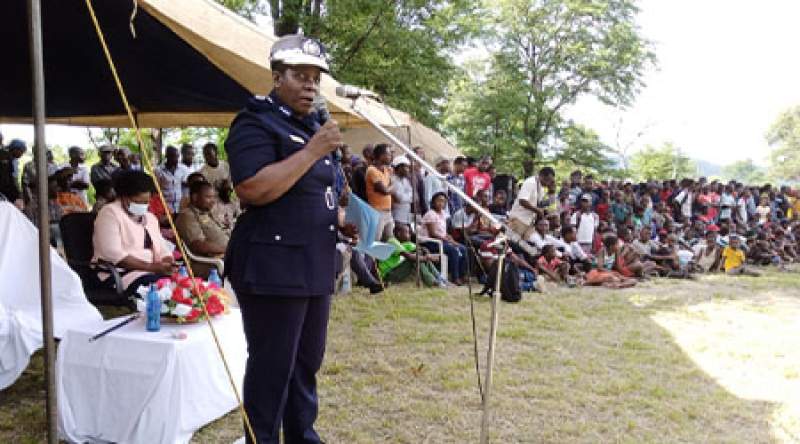 Association of Persons with Albinism in Malawi (APAM) has expressed satisfaction on strategies put in place by government to protect their members, citing seriousness of security agencies as the country has not registered any case of abduction and exhumation of graves this year, compared to last year same period when four cases were registered.

This was said at a meeting at Liwonde Community Ground where thousands of Liwonde residents flocked to.

APAM National Coordinator, Maynard Zacharia, told Zodiak that they are happy with initiatives such as construction of houses for their members which government is undertaking to ensure their safety is guaranteed.

Zacharia, however, expressed dismay on the national action plan funding which has been decreased from K300 million to K200 million for the next 12 months, saying it will compromise the set measures to have them fully protected.

"Yes, we appreciate what government is doing, as by the end of the year we are going to launch about 28 houses for our members.

"The sad thing is that the funding in the National Action Plan has been decreased despite being in a 12 months budget. Government should pump more resources in that rather than reducing," said Zacharia.

Deputy Inspector General of Police, Merlyn Yolamu, appealed to all Malawians to take up the responsibility of protecting the APAM members saying they will continue with the sensitization meetings countrywide.

Yolamu said they decided to reach out to people of Machinga with the messages due to its hotspot status of abduction and killings of persons with albinism.

"I hope the people of Machinga have gotten the message as you know that this is a hotspot for abduction and killings of persons with Albinism. As police, we will not relent but to take the message to all communities," noted Yolamu.

The event was spiced up with performances by Malawi Police Band and a football match between Blue Eagles Football Club and Liwonde Select, a match which ended 2-1 in favour of the men in uniform.