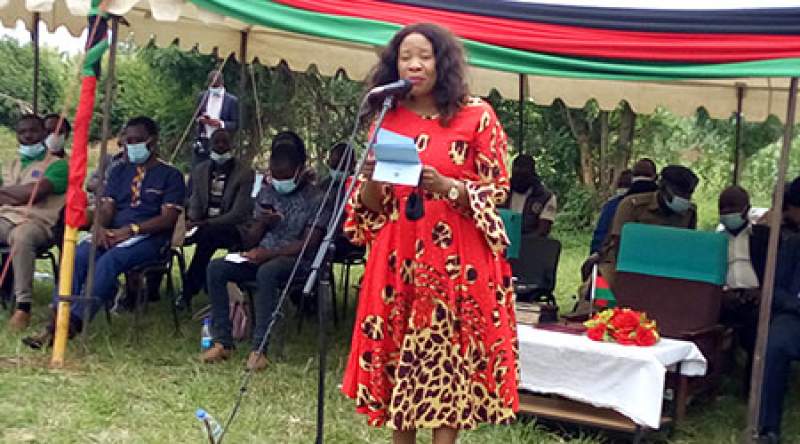 The ministry of agriculture says it is worried with the neglected Rural Training Centers (RTCs) that were vital in offering refresher pieces of extension training to community-based facilitators and agricultural extension workers.

Deputy Minister of Agriculture Madalitso Wirima Kambauwa expressed the worry on Friday at Thuchira RTC in Mulanje during the graduation of 96 community-based facilitators and master trainers who underwent a three-month training in farmer field school initiative.

She said government systems have been in shambles in recent years.

“As the ministry, we are working towards resuscitating these institutions where climate agricultural technologies will be exclusively offered,” said Kambauwa.

The training was supported by the Food and Agriculture Organization (FAO).

FAO Country Representative Zhijun Chen in an interview with Zodiak Online said the training is part of FAOs support in filling the extension gap that has hit the department of agriculture with the extension worker-farmers ratio currently at 1:2000.

“We know that climate change and strange pests are affecting agriculture in Southern Africa countries and as UN we are committed to supporting them in countering these challenges,” said Chen.

An Agricultural Extension Worker from Chiradzulu, Redson Masamba, told Zodiak Online that the training was transformative, saying they have been trained to orient farmers on how to identify and solve problems that are affecting their farming.

“On methodology part, we were doing gap analysis whereby we will be facilitating farmers to identify a problem and initiate an action on the same,” said Masamba.

The master trainers and community-based facilitators came from Mulanje, Thyolo and Chiradzulo where FAO is implementing a KULIMA project.