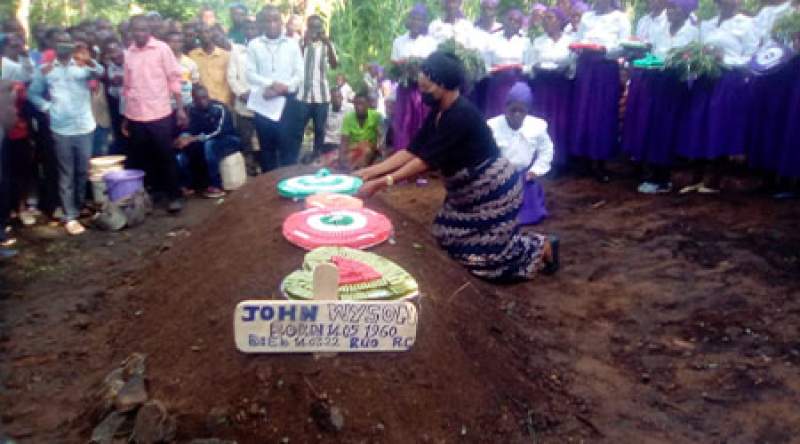 TA Thukuta died on Monday after succumbing to Pneumonia at Fatima Mission Hospital in Nsanje.

Daudi said during the burial ceremony at the chief's Headquarters on Tuesday that the family should unite and desist from rushing to courts when they have misunderstandings in choosing a successor.

"As government we have lost a lot in terms of culture and development. We are mourning with them.

“The message I gave them is that as a family they should unite and after everything, they need to come up with a chief with a good heart. Someone who can look after people here and foster development of the country.

"Chieftaincy wrangles are affecting the development of the country because they always rush to the courts so for them to be resolved, they take one or two years," Daudi said.

Chairperson for Chiefs Forum in Thyolo, Senior Chief Mphuka says the departed chief has been dedicated as Sub T/A for 24 years before he was elevated to Traditional Authority last year.

Mphuka has since asked the chieftaincy clan to unite in choosing the successor so that there should be no wrangles.

"I have advised them to choose the right successor. These days when a chief dies, commonly many clans disagree on the successor because mostly, if there are two or three families, everyone drags it to their side. So, in this case, they need to be peaceful when choosing the successor.

"The departed chief has left a gap in terms of development because at the council, chiefs are members who also vote for projects. So, his departure affects the area's representation," he said.

Born John Wyson on May 14, 1960, TA Thukuta has survived by a wife and five children after serving as traditional leader for 25 years.