4, 000 Disaster Victims in Thyolo not yet Assisted 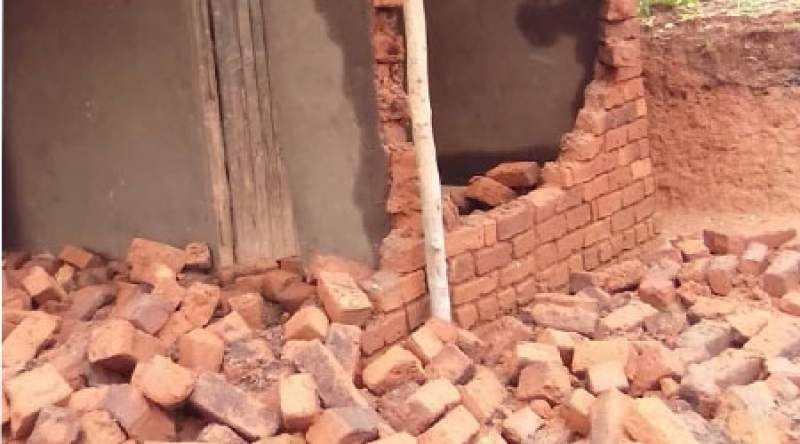 Over 4, 000 community members whose houses and crops were damaged since the onset of rains in Dzimbiri ward, Senior Chief Mphuka in Thyolo have reportedly not received any help.

Mphuka Area Development Committee Chairperson Andrew Willie and Dzimbiri ward councilor James Somanje Saenda, have told Zodiak Monday that they have been sending several reports to Thyolo district council, but nothing has materialized.

They say currently, communities are angry and Area Civil Protection Committee (ACPCs) are fearing for their lives to assess damage caused by the heavy rains over the weekend.

"We have been sending reports to the district council, but we are now just tired and angry. We sent the first one in December, another one in January and early February, but nothing has materialized. This time around, Civil Protection Committees are even not assessing the current damage as they are fearing for their lives since the victims are angry," Saenda said.

Willie added:" The assistance which is needed include, food and roofing materials since many houses collapsed."

However, Thyolo district Commissioner Douglas Moffat, has dismissed the reports, saying the council has received and distributed relief packages in three forms; 1,764 bags of maize targeting hunger stricken households under Malawi Vulnerability Assessment Committee (MVAC) response and others from Department of Disaster and Management Affairs (DoDMA) for Cyclone Ana and Gombe.

"The assistance has come in three forms; we had those people who were affected as was done by MVAC, that package came and I have the report that those who were expected to receive they got their support. The other package was for this disaster Ana, that the package also came from Department of Disaster and the distribution was also done. And finally, this disaster that has also hit us the recent one, the assistance also came," Moffat said.

However, Moffat while promising to confirm with responsible officers says the problem could be poor communication and inaccessibility of some roads to reach some targeted beneficiaries during the distribution exercise.