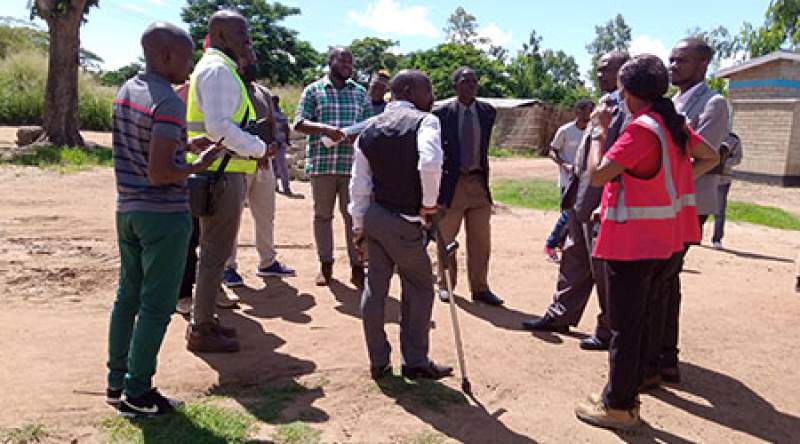 Press Trust has on Wednesday handed Phiri Building Contractors the first phase of a K500 million project aimed to upgrade Ntaja Health Center in Machinga to be a Community Rural Hospital.

Press Trust Project Manager, Mariam Mdoko Kapyepye, says the contractor has been given 30 weeks to construct a Post-natal ward at the facility.

Kapyepye says phases two and three will consist the construction works of a laboratory and a theater department.

She says this is in line with her organization's 2019-2024 strategic plan focusing on health and education sectors.

"Today we are giving the facility to the contractor for him to construct a Post-natal ward as a way of upgrade it. This is in line with our five-year strategic plan," said Kapyepye.

Director of Health and Social Services for Machinga, Arnold Kapachika, says the project has been long awaited, as the facility serves fifty thousand people, whom most travel 50KM to Machinga District Hospital in Liwonde.

He says they have already recruited some health workers to be deployed to the facility once the project is finalized.

"We are happy today that Press Trust has brought in the contractor for the commencement of the project. We are ready to bring in addition workforce soon after this is done," said Kapachika.

Machinga has over eight hundred thousand people, with the majority coming from Ntaja l, Ngokwe and Nsanama.