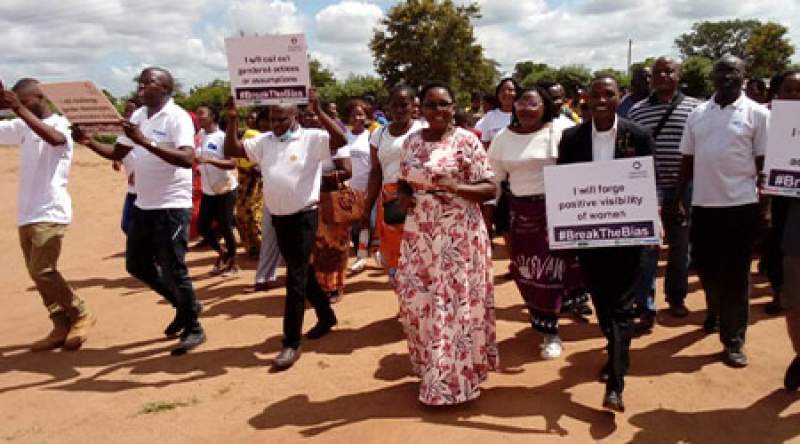 The women celebrating their day - pic by Chrispine Msiska

Women in Balaka have lauded government and civil society organizations for the expertise that have empowered them to engage in various businesses and contain climate change.

This was said during a commemoration of women international day organized by Balaka Civil Society Network under the theme: "Mwayi kwa Amayi Tsogolo Lowala."

Balaka District Council Gender officer Scholastica Datchi has told Zodiak that a lot of women have benefited from several projects being implemented in the district by non-governmental organizations including Worlec who are spearheading and fighting women's rights and independence.

Chairperson for gender for Balaka CSO Mercy Chakoma said, women empowerment in the district has helped reduce cases of gender based violence.

One of the beneficiaries Fulida Khungwa said she is a successful farmer because she utilized all the expertise given to her and her team by government officers and Balaka civil society network.

"I have built three houses and renting them out. I grow a lot of different crops, and able to pay school fees for my children," said Khungwa.

A lot of women in Balaka District have been encouraged to prioritize the environment by planting more trees and using chitetedzo mbaula as one way of containing climate change.

Women International day falls on 8 March every year in Malawi but Balaka celebrated it today with many activities, including among others; parades, songs, drama, and poetry.