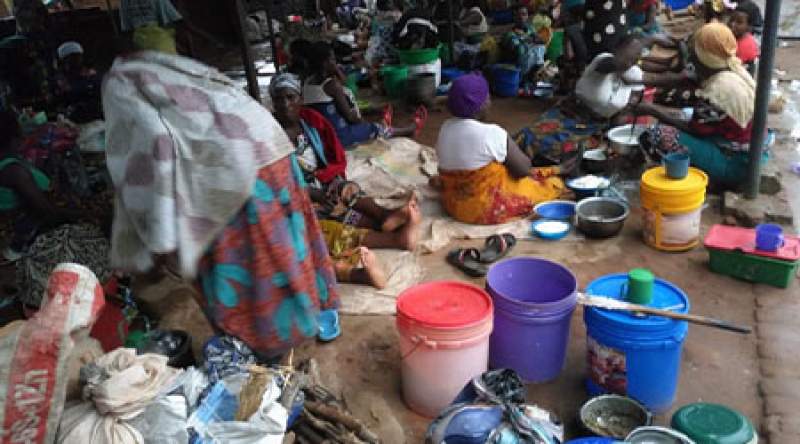 Balaka District Council says it has set aside K27 million for constructing Balaka District Hospital Guardian shelter which will commerce between the months of April - June this year.

Council Chairperson Councilor Pharaoh Kambiri says that a proposed budget was reached to work on the shelter including a toilet which has been full for years.

Guardians say they are concerned and tired of reaching out to authorities on the facility's poor sanitation and hygiene.

"We sleep on the floor without cement and though that may not necessarily be seen as a problem by authorities. We know how it is like because even the toilets are bad," said Mercy Hassan, a guardian.

Hassan told Zodiak that it is even more hard to sleep at night and especially when it is raining.

Guardians have been confined into a small space that only has crackled and worn out cement on the floor.

Director of Health and Social Services, Dr Eugene Katenga Kaunda also reiterated that work at the facility is often disturbed whenever it is raining as guardians fill up all corridors to hide.

Gender activist and chairperson for Balaka Civil Society Network, Mercy Chakoma said as a woman she is concerned and embarrassed with the situation at the facility.