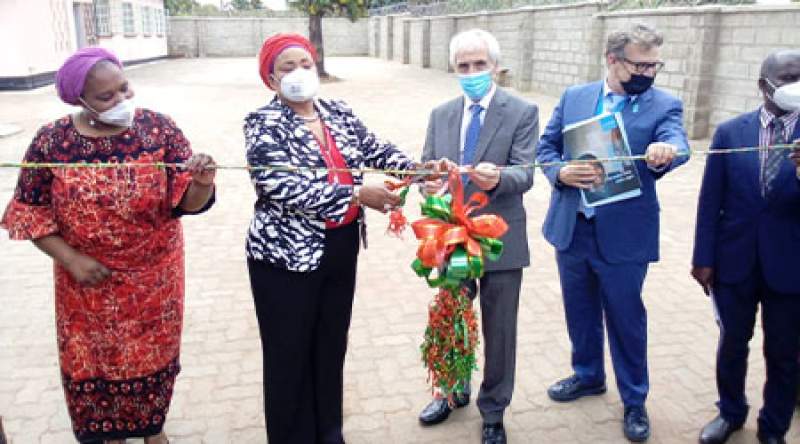 Balaka has become the first district in the country to transact Social Cash Transfer (SCT) services on full E-payment unlike others who are still on hard cash.

Minister of Gender, Community Development and Social Welfare, Patricia Kaliati has described the initiative as ideal in poverty reduction as ten thousand and seventy beneficiaries have been enrolled in Balaka alone.

Kaliati has commended the district council for adding the number of beneficiaries from 8,927 to 10,070 some of which are people with disabilities.

She said she had personally reached out to the council authorities to consider the most vulnerable in order to reduce poverty as cash transfer programme is a powerful tool to unlocking poverty.

She, however, warned those that misuse the funds that if found their names will be scrapped off the list of beneficiaries.

Earlier, yesterday, Kaliati presided over the handover ceremony for a K91 million UNICEF funded Balaka social welfare office which has been renovated following a fire damage it suffered in 2015.

Irish ambassador to Malawi, Seamus O'Grady, through UNICEF, said they aim to provide a direct benefit to women and children in times of drought and help them access quality education, shelter, sanitation and health care through the cash transfer programme.

Kaliat who was accompanied by her deputy Flora Nkusa Nkhoma and ambassador, toured one area of Amid where 5000 beneficiaries received their 3, 6000 each as their monthly cash transfer programme support.