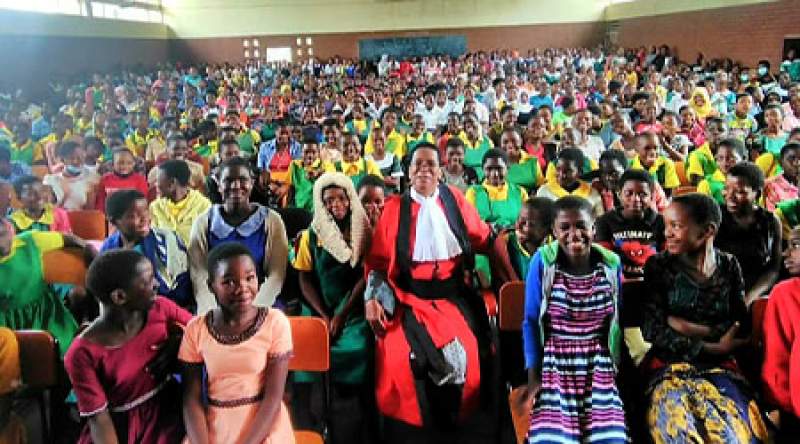 For girls in the rural setups to have a chance of meeting influential women in society and learn on how to achieve their dreams, the ministry of education with support from UNICEF has embarked on career talks for girls in upper primary and secondary schools.

"Due to lack of role models and career guidance, many girls end up dropping out of school or getting married early," said Meki.

She says the ministry has engaged several influential women who are going in several schools meeting thousands of girls with career talks.

Justice Kamanga said the girl child has a lot of pressures affecting her education and needs more support.

She said:- "It is important for us to utilise our influence in assisting and guiding the young girls to overcome the challenges."

16 year old Taonga Chitenjere says she has been motivated by the career talk and has been energised.

The girl empowerment and role modeling initiative has started with Lilongwe, Blantyre, Mwanza and Nkhatabay districts.