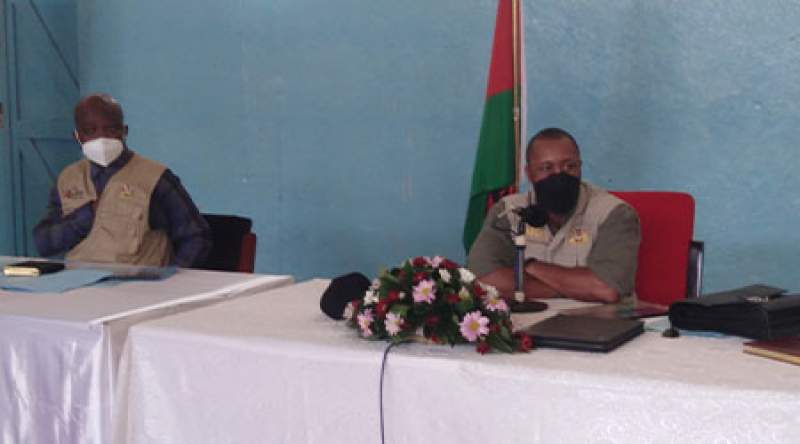 Vice President Saulos Chilima says government is committed to resolve land issues Thyolo and a fix in Mulanje where two conflicting projects, mining and tourism, in Mountain Forest Reserve are on the cards.

Speaking with Zodiak on Wednesday in Thyolo after holding reform meetings with the Mulanje, Thyolo, and Luchenza Municipal councils, Chilima expressed government commitment to support the councils in achieving their reform targets such as health, agriculture and land among others.

Chilima hailed Thyolo district council which has embarked on banana restoration and dairy farming, currently raking in K640 million worth of milk every month.

However, Chilima said during the engagements that it came out clear that issue of land should not be swept under the carpet, but resolved.

"We need land reforms here because there is lots of issues to do with land here. And we think this is not something must be swept under the carpet. Let's bring it under the table and talk about it," Chilima.

Earlier in the day, Chilima was in Mulanje where the District Commissioner Mr Stallichi Mwambiwa said the district council’s ambitious plan of bringing cable cars to Mulanje Mountain as part of promoting tourism are facing some challenges as a mining activity is also earmarked in the same mountain.

"Cable car is one of the tools. Above all, this is one of the projects which has been earmarked by the ministry of tourism to be implemented", Mwambiwa said.

Chilima in his response promised to resolve the concern through engagement with involved sectors and hear views of citizens in Mulanje for the interest of people.

"Yes, it is a source of conflict. We have committed to help in resolving that because by the end of the day, whether it is tourism or mining, it is to help the district, but let's be sensitive to what people themselves want", Chilima said.

The Veep has been conducting quarterly review meetings with district councils where he is giving guidance on how they should progress with the reform areas and tally with Malawi 2063 blue print.