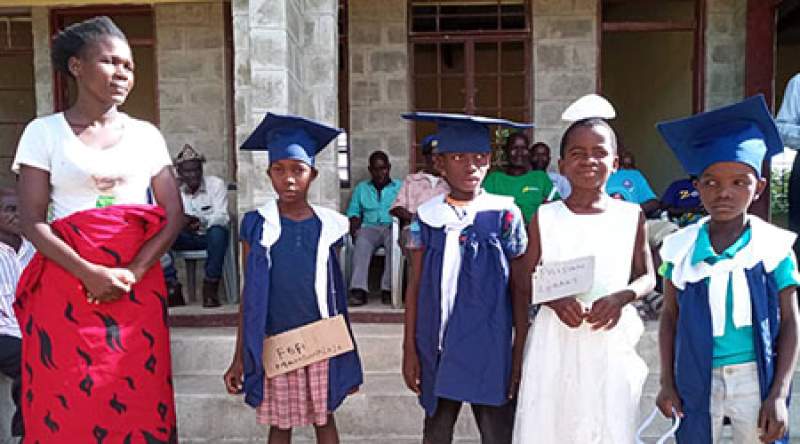 The Neno Social Welfare Office with funding from the World Bank has committed to construct fifteen Early Childhood Development Centres in the district in a bid to promote early education for underprivileged children in hard to reach areas.

Neno District Early Childhood Development Coordinator, Thandiwe Katopola says the structures will help boost learning as many children are failing to access ECD services due to lack of reliable structures to house the centres.

"We thank the World Bank for this gesture as we hope that many children will now be able to attend preschool in hard to reach areas. It's crucial for children to attend such school as they are well prepared for life ahead", said Katopola.

Neno district is one of the country's districts where early childhood development education is new with fewer structures to support the system.

For this reason, the world Bank is constructing fifteen early childhood development centres across the four traditional authorities of the district.

Katopola further boosts that they have already trained one hundred caregivers who are being motivated through establishment of Village Servings and Loan clubs as many of them lament lack of salaries.

"We have trained over one hundred caregivers who are surviving through establishment of VSL's and we are happy to report that we have managed to send to primary school learners at a percentage of six, meaning in every ten children, six progress to primary level", disclosed the ECD coordinator.

Sungeni Mgwirima, a caregiver at Chisomo Community Based Care Center says one challenge they face is lack of learning materials and she appeals to government and we'll wishers to bail them out.

"We appeal to government and well-wishers to provide us with more learning material as the ones we produce on our own are not enough and besides that, we call on government to roll out fast the salary procedure for caregivers as we live in dare conditions", she said.

At Chisomo Community Based Care Centre, where Sungeni teaches, two hundred learners have migrated to primary school in this year's academic calendar.

Councilor for Lisungwi ward, Mark Ngwangwa has since asked government to start recognizing the sacrifices caregivers make in imparting knowledge to children.