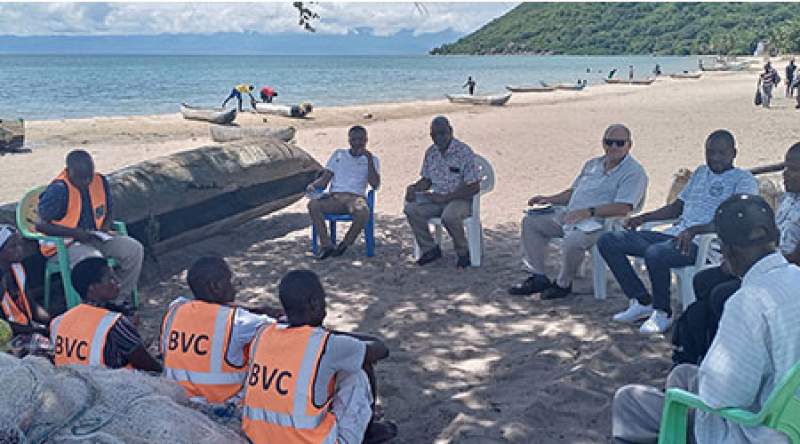 Pact Malawi says creation of more fish sanctuaries on Lake Malawi can be the best way of restoring the fishery stocks in the lake which has dwindled over the years.

According to Dick Kachilonda, Governance and Decentralization Specialist for a project called Restoring Fisheries for sustainable Livelihoods in Lake Malawi (REFRESH) which Pact is implementing in the lake shore districts with funding from USAID, sanctuaries have proven to be significant nurseries for fish.

Kachilonda singled out Mangochi district where Pact’s previous ‘FISH’ Project, which REFRESH is building on, as a model where one can easily prove the magic behind sanctuaries.

Kachilonda said the FISH project facilitated the establishment of 56 sanctuaries which are owned by communities through Beach Village Committees (BVCs) and are paying back huge gains to them.

He said with challenges in conserving the environment, over fishing and using illegal fishing gears, shallow waters where fishes used for spawning are no longer safe and creating sanctuaries that are owned and protected by communities is assisting.

Felix Sanudi, a Program Manager for Community Initiative for Self-Reliance, which is implementing a REFRESH project in the district under PACT Malawi also described the project as a step towards the right direction in as far as restoring fish is concerned.

“The other unique thing with a sanctuary is that even fishermen are afraid to cast their nets around it, such things are constructed using tree branches, old or damaged boats which can easily tear the nets and other fishing gears,” explained Sanudi.

Chairperson for Namaso BVC, Bosco Msuku, said since 2018 when they were introduced to the system things have changed to the group and the community.

Msuku said since fish have been restored around the area, they receive more fishermen from different places as they are assured that they will catch more fish and they pay money before fishing, as well as tourists who also come to see fish in their sanctuary.

“As am talking to you, we have over 20 goats and a paying toilet which are some of the investments we are doing from the proceeds we are getting from the sanctuary,” said Msuku.

However, Msuku said their main challenge is that not all fishermen are law abiding and they don’t have a good boat to conduct patrols during night.