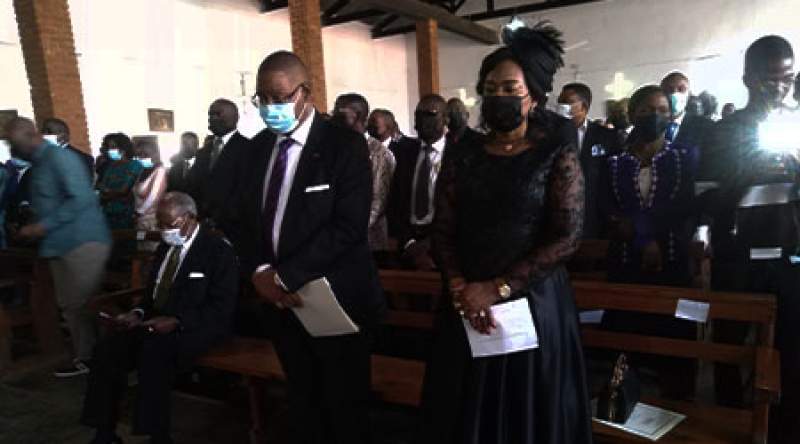 Vicar General of Catholic Church, Archdiocese of Blantyre Monsignor Boniface Tamani has asked political leaders to immediately stop being selfish, politicking, but unite in celebrating the lives of people who contributed to the development of the country.

The Catholic priest has also asked Malawians to respect former leaders Bakili Muluzi and Peter Mutharika who each made commendable contributions to Malawi’s development.

The memorial service attracted various dignitaries from the clergy, Civil Society and the political divide.

Speaking during the occasion, family representative Arthur Masamba, says the family continues celebrating Bingu's legacy and contribution to the country.

"We have organised this as a family, but we need government to sustain this. This is because Bingu was a national figure like Kamuzu," he said.

Mphepo said "the committee sent an open invitation to everyone, though government officials were conspicuously absent".

The service was followed by laying of wreaths at Mpumulo wa Bata Mausoleum at Ndata Farm where Bingu and his first wife Ethel were laid to rest.

Malawi’s third president Bingu wa Mutharika, died in office in April 2012 after he facilitated the construction of the New Parliament Building, the Bingu National Stadium, the Malawi University of Science and Technology and, Chipembere Highway, among others.