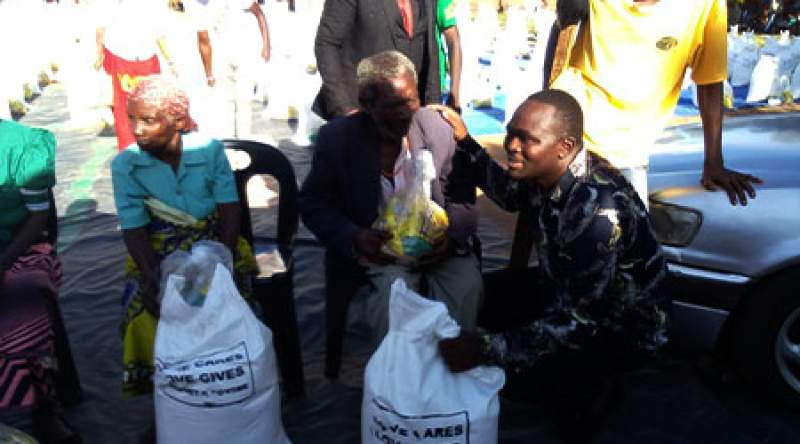 Prophet P. Gondwe handing over a 10 kgs of maize flour to a beneficiary - pic by Chrispine Msiska

Prophet Patson Gondwe of Good News Ministries has reached out to 304 households with food items most of which are the elderly and people with disabilities.

He said the donation is from K4 million realized after selling maize the church harvested from its 70 hectares of land intended for the needy from areas of traditional authorities Nsamala, Matola, Sawali, and Mbera.

"Today, we are happy that our plan has been fulfilled. We came and supported God's purpose as one of our calling to feed and pray for brothers and sisters in need through which they will know Christ as well," the prophet said.

A 91-year-old beneficiary, Tereza Kumbanga, was almost in tears and all smiles and asked the prophet not to stop this kind gesture.

While Balaka is a rain shadow where farming of food crops such as maize is a challenge, last month his ministry reached out to 100's Salima flood survivors as well.