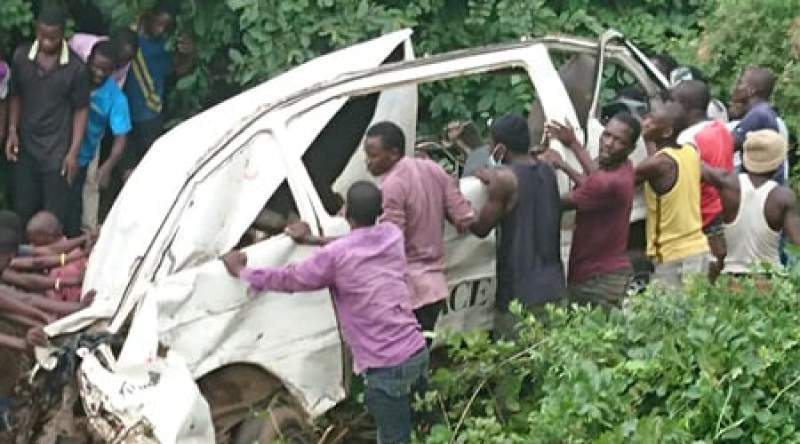 United Nations affiliated Alliance is calling on governments including Malawi to commit implementation of Global Plan for Decade Action for Road Safety which seeks to reduce road crashes by 50 percent come 2030. - file photo

Government has been challenged to double its road safety efforts to reduce road accidents estimated to be causing deaths and life-changing injuries to around 62, 000 lives in the country annually, with a direct financial cost of US$404 million.

This is according to Global Alliance of NGOs on Road Safety through International Road Assessment Programme (IRAP), which is calling on governments to commit implementation of Global Plan for Decade Action for Road Safety in reducing road crashes by 50 percent by 2030.

"Road trauma impacts every country, every community and every economy. Road crashes are the leading killer of children and young people worldwide.

“In the International Road Assessment Programme (iRAP) Vaccines for Roads resource, it is estimated that road crashes cause the death and life-changing injury of 61,611 people in Malawi every year, with a direct financial cost of US$404,476,075," reads a report in part.

It is in this vein that the United Nations affiliated Alliance is calling on governments including Malawi to commit implementation of Global Plan for Decade Action for Road Safety which seeks to reduce road crashes by 50 percent come 2030.

It added: "Often, it is not only the victims who lose the ability to earn and support their families but also the family members who have to care for them. Medical costs and reduced income often lead families into crippling debt. At a national level, it is estimated that countries lose 3% or more of GDP annually as a result of road traffic crashes."

Among others, the Plan encourages governments to commit in reducing speed limit to 30 Km/h in busy areas.

Road Safety Alert Foundation (ROSAF) Executive Director Joel Jere, thinks this is achievable if there is strong collaboration between government and road safety stakeholders in decision making to ensure road users are responsible.

"There is a call for the government to take serious measures that can help to reduce crashes in the roads of Malawi.

“The government should really take an action to make sure that according to United Nations requirements, it takes responsibility to reduce speed. For example, we are talking about reducing speed up to 30 kms/h in all busy areas, in towns, around schools so that the impact accidents should not claim lives in case they happen", Jere said.

Meanwhile, a first ever UN high level meeting on road safety is in the offing on 30th May and 1st June 2022, where President Lazarus Chakwera has been invited to share success stories and commit implementation of the road safety global target by 2030.

The meeting will be held under the theme “2030 Horizon for Road Safety: Securing a Decade of Action and Delivery” and reflects the UN Sustainable Development Goal to halve road deaths and injuries by 2030.