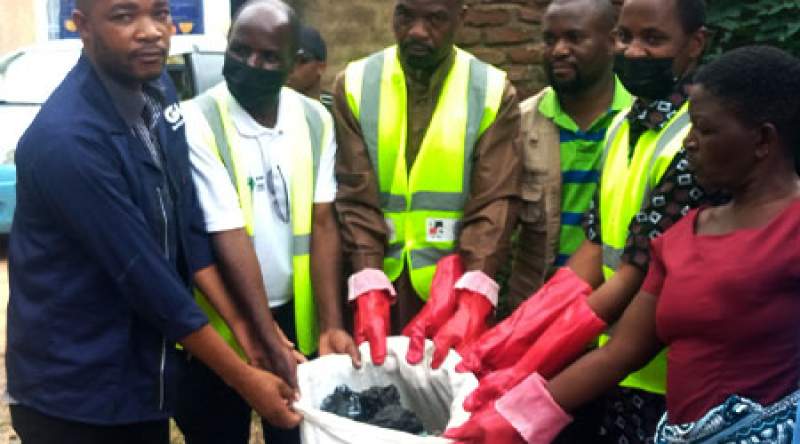 The Centre for Environmental Policy and Advocacy (CEPA) says it has started engaging thin plastics manufacturers to begin recycling thin plastics that are dumped in the country streets and rivers banks.

CEPA Executive Director Herbart Mwalukomo has told Zodiak that it is worrisome that the accumulation of thin plastics has worsened, which he says is a threat to environment.

“We believe these companies also have the duty to reduce the careless dumping of thin plastics,” explained Mwalukomo adding that lack of law enforcement attributed by court battles between government and plastics manufacturers is aggravating the situation.

Mwalukomo has since asked Malawians to demonstrate responsibility by adhering to waste management procedures.

“Let us embrace the cleanup campaign that was initiated by President Lazarus Chakwera. Citizens should now start using other things to carry items unlike thin plastics that are a threat to the environment,” the CEPA Executive Director explained.

Marketing manager for GM Plastics Industry Alfred Jasi shares CEPA concerns, agreeing that companies need to take a step to recycle the thin plastics in order to protect the environment.

In 2019, the supreme Court of Appeal ruled in favour of banning the production of thin plastics in Malawi.

The ban which was originally instated in 2015 was appealed by the Plastics industry, in part, on the grounds that they were not properly consulted on the implications of the ban and the harm it would bring to their businesses.

But soon after the supreme court landmark ruling, some manufacturers rushed to court to obtain an injunction restraining the government from implementing the ban.