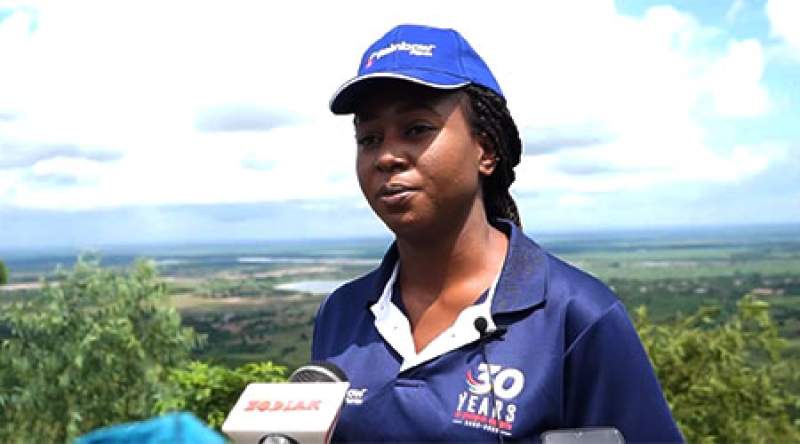 Forestry authorities in Chikwawa have bemoaned failure by communities to adhere and enforce newly formed laws to fight illegal activities that are causing massive damage to the environment.

Speaking during the tree planting ceremony at Thabwa, District Forestry Officer, Hecta Nkawihe, said despite cyclones washing away thousands of tree seedlings, it is heartbreaking that people continue to cut trees carelessly for charcoal burning, firewood and burning bricks.

“It is very sad that people continue to destroy trees for charcoal production, firewood and various illegal activities. Cyclone Ana also damaged thousands of tree seedlings that were earmarked to be planted in the district this year,” said Nkawihe.

He then commended Rainbow Paints company for planting 1,000 trees on the Thabwa escarpment which he said will ease occurrences of natural hazards mainly flooding.

“We came to plant trees here in Chikwawa because it is part of a flood relief program. flooding has been extensive here because of deforestation, so we have to renew and replace nature that was damaged,” said Chirwa.

She then encouraged communities to take care of the planted trees.

“This initiative was started by the Sustained Green Initiative, so we just came in to sponsor them. My message to people is that we have to be more careful with our vegetation, temperatures have not been the same, global warming and flooding, so we have to take care of nature in general,” she said.

Chikwawa was one of the most hit districts where some people were killed by floods, hundreds of houses damaged, roads cut off and crops washed away.