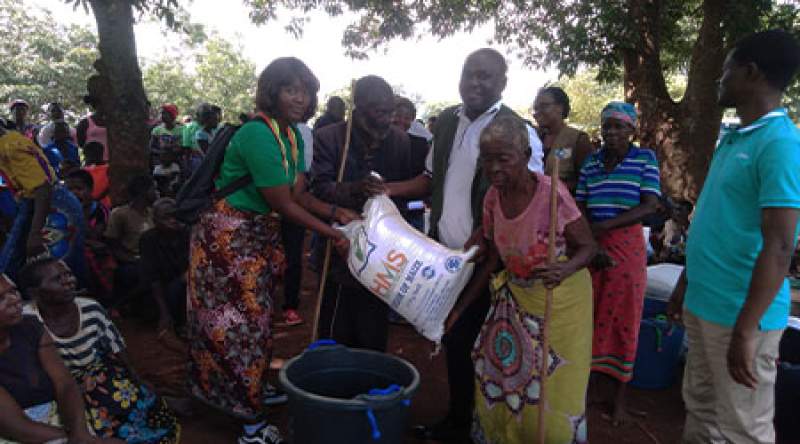 Flood survivors in Thyolo have been urged to rebuild strong structures which would withstand harsh climatic shocks.

As most of the survivors are trying to get back to their feet after devastating cyclones, Thyolo district relief officer, Faith Khamula, told Zodiak on Tuesday that there is need for them to adopt the ‘Build Back Better Concept' in promoting reconstruction of strong houses in uplands.

"At this point, what is needed is for the survivors to adopt Build Back Better Concept whereby we would have guidance on how communities should build back their houses, looking at structures which would stay strong, if in case we would have other cyclones sustain it.

"And not only that, we are looking at most households which do not have food right now, others are waiting for the harvests while others, their crops and food items were destroyed away by the cyclones that we had," Khamula said.

Khamula says cyclone Ana and Gombe caused a great damage to infrastructure and crops which will lead to hunger this year in the district.

Khamula says many survivors still need food assistance and construction materials to come back to their feet.

This came out after Thyolo Active Youth Organization (TAYO) donated K2m worth of food and non-food items to the elderly, persons with disabilities and child-headed families at Nkhataombere in the area of Traditional Authority Nsabwe.

"Today, we are just contributing to the relief part, but we have the recovery items. We are talking of demolition of their houses, there is a need for a hand at least to reconstruct their houses, bridges.

"And those things need some stakeholders who can come and rescue them, both from government and non-governmental organizations," Mwambo said.

Aluvaness Selemani and Thenisold Kapito, were all smile while commending TAYO for the items which included, 25 kg of maize flour, sugar, cooking oil, soya pieces, salt, soap and buckets.