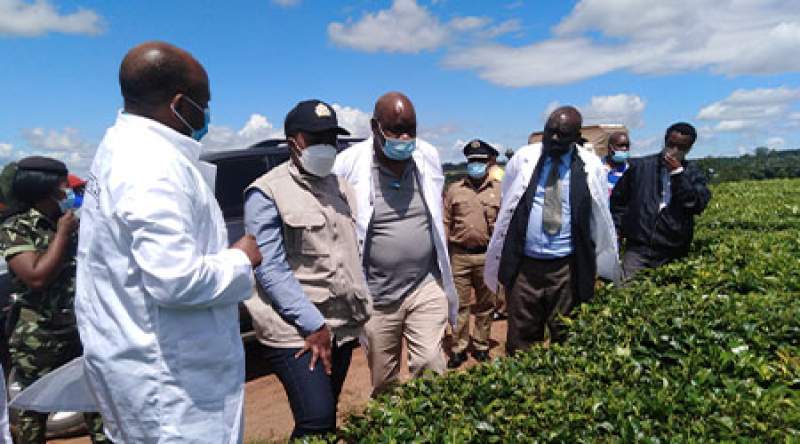 Minister of Labour Vera Kamtukule says government will set up a skills programme which she says will help to produce relevant workforce for the tea industry in the next three years.

According to Kamtukule who was speaking on Wednesday in Thyolo after visiting Nchima Tea Estates, a subsidiary of Lujeri Tea Estates, currently, the government is reviewing the TEVETA Act to ensure certification of on-job skills which would help to match the need in the industry.

"What we have observed is that, we have highly skilled people that are working in the tea estates, but they don't have certification. They have been trained on the job. What that means is that as a country we have been unable to produce kind of skills that are relevant for the tea industry.

"So, what we are doing now is to come up with a programme between the tea industry and TEVETA to see how best we can fill the skills gap in the next two or three years. But also, at the moment we are reviewing TEVETA Act, one of the challenges we had as a ministry, was lack of feedback from the industries for us to know what skills they want," she said.

Luhanga said among others, “the company has put in a place workplace policy which has a robust complaints handling mechanisms with a toll free line to enable employees to report any work and gender based violence."

One of the workers, Catherine Banda said they are living in fear since one person was murdered last month behind the compound.

Kamtukule then asked the police in the district to consider establishing a unit within the vicinity.

During the visit, Kamtukule also advocated for zero child labor tolerance in tea production with a current prevalence rate of 17%.