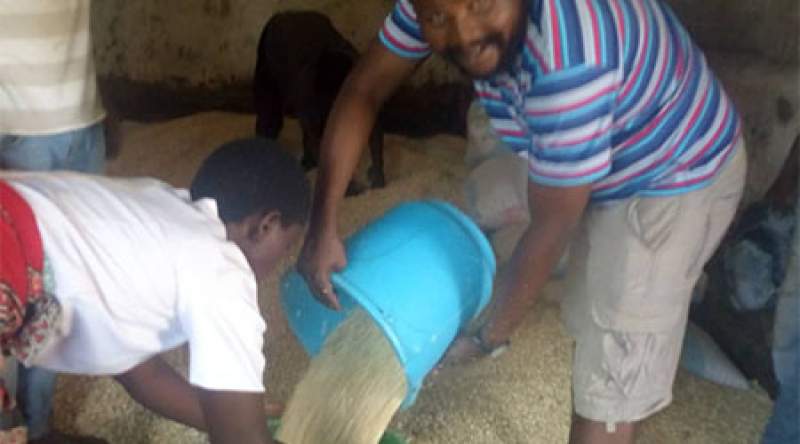 Poor harvests in Traditional Authorities Nkanda and Mthiramanja in Mulanje district have confirmed an extended lean period in the two areas.

He said this on Monday when an international charity organization, Bermuda Overseas Mission distributed maize to 500 households from the two T/As.

“This year is one of the worst farming seasons in recent years and no any family has harvested a bag of maize in my village,” said VH Magareta.

52-year-old Felia Makowa from Kani village said there is no harvesting season this year which confirms an extended lean period in the area.

“At least I will have something to eat with my four children at home and I thank this organization for giving this maize ration,” said Makowa.

Bermuda Overseas Mission Country Representative Billy Bokosi said the assessment they conducted in two T/As showed no sign of an end of this year's lean period, hence distributing maize to some affected households.

“There is acute hunger here and more resources are needed to support hundreds of hunger stricken families in these two areas,” said Bokosi.