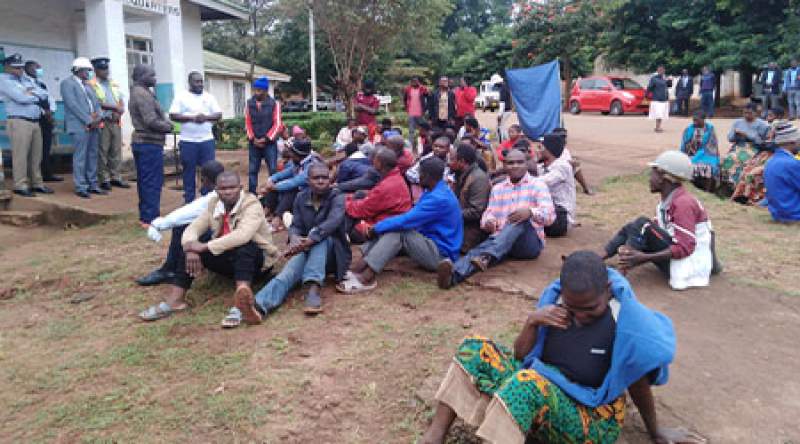 Concerned Electricity Supply Corporation of Malawi (ESCOM) customers from Ndalama Village have stormed Thyolo district council demanding the corporation to replace transformer after the other one developed a fault some eight months ago.

Representatives of the angry customers, Maganizo Million and Symon Shumba told Zodiak on Thursday that they have been engaging ESCOM to replace the transformer which developed a fault some eight months ago, to no avail.

The emotionally charged group took to the council demanding that the issue be resolved today.

Million in an interview said the problem has kept around 100 households in the dark and disrupted their economic activities.

He said they feel short-changed to have no electricity in their area, when there is a power distribution house right in the same village.

"We are urging the council to help us at least for ESCOM to reconnect us even only for lighting. We believe the money that our Police OC and the DC to have their houses connected to electricity, it’s as the same as ours. We have been asking how much do those with power pay to ESCOM, so that we can also top up and have electricity? But they do not provide us with answers.

"So, we are tired such that if they will not provide us with the concrete responses today, we are going to seal ESCOM offices. Everyone should not be working," he charged.

Addressing the concerned customers, Thyolo District Commissioner, Douglas Moffat said he will continue engaging officials from ESCOM, which he relayed that it is facing challenges to procurement some essential materials.

"It’s true that I have met people of Ndalama thrice. When I spoke to ESCOM district station Manager, she referred me to regional manager who acknowledged the problem. The regional manager promised to come and explain to the people why they are taking long to fix the transformer. So now that you have come even without notice, I will also engage them again today and tomorrow I will go there," Moffat assured.

ESCOM Spokesperson Innocent Chitosi, was not immediately available for comment on the Thyolo demands, but in an earlirt interview on Wednesday, Chitosi said, the corporation is failing to maintain faulty transformers across the country due to low supply of the transformers by local traders who have only 13 out of the required 80.

He however assured Malawians, government has just finalized a processes to import the transformers.

Meanwhile, Zodiak understands that another transfomer also developed a fault in Boyd area in the district some months ago.