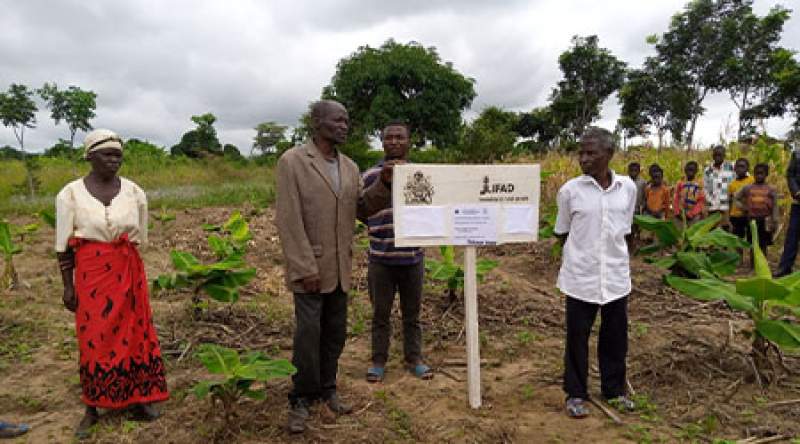 Banana Farmers in Machinga under Traditional Authority Chamba, have called for intensified banana seed multiplication exercises as a way of revamping the sector which has gone down due to Banana Bunchy Top Virus that has forced Malawi to import the fruits from Mozambique and Tanzania.

Speaking on the sideline of a Machinga district field day on Wednesday, one of the farmers Micheal Maulana said giving the banana seed multiplication exercises to farmers would help a lot of farmers who will be supplied with the crop.

"It is hard for my fellow farmers to have access to the crop, but if we are given an opportunity to multiply the seeds on our own, then it will be easy for the farmers," said Maulana.

Machinga Chief Agriculture Officer, Feston Kwezani agreed with the farmers on the need for new varieties of the crop, but says his office plans to distribute different varieties of banana sackers such as grand 9 variety that was discovered at Bvumbwe Research Station.

"As an office we already have plans to supply the new varieties to farmers who will in the end have a chance to share the seeds, hence reaching every corner of the district," said Kwezani.

Kwezani acknowledges that the sector needs to be revamped, hence promoting several projects on the same.

Malawi's banana crop was wiped out in 2016 due to a disease called the Banana Bunchy Top Disease (BBTD) which also spread across 11 countries in sub-Saharan Africa.

The banana market has up to date, has received bananas from Mozambique and Tanzania to fill the void left by the Banana Bunchy Top Disease, while leaving Malawian banana farmers hopeless to have the plantain back to their farm lands.