IG Penned to put Bvumbwe and Nansadi Under District Police 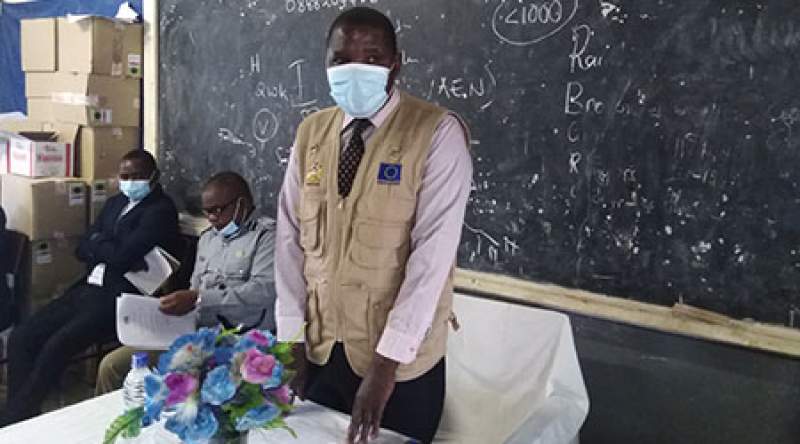 Thyolo District Commissioner Douglas Moffat said the council has written the Inspector General of Police to consider bringing back Bvumbwe and Nansadi Policing areas to Thyolo district council on the basis they are compromising security in the district.

Though Bvumbwe and Nansadi areas are in Thyolo District, they remain under the jurisdiction of Limbe Police in Blantyre.

In interview with Zodiak on Wednesday, Moffat said that an analysis on developments that led to the torching of Bvumbwe Police Unit, chief among the social factors, was lack of dialogue between police and communities which could easily be handled by local leaders in the district.

Moffat gave an instance where the torching of Bvumbwe Police Unit, could have been avoided if local leaders were entrusted to handle the disagreements between police and the irate community.

"When we did our own analysis, we noted that the causative issue to that event was something that could have been handled by the council. But unfortunately, Bvumbwe Police Station reports to Limbe, which is an urban. So, issues to do with social relationships are not very much best handled in that area.

"Therefore, I thought it necessary to request that this station so as Nansadi be reporting to Thyolo Police Station so that issues or conflict that are social in nature, they can easily be handled by chiefs or the council," Moffat said.

Meanwhile, the district has reduced crime rate by 16 percent in 2021, but security stakeholders have bemoaned a 26 percent increase in murder cases recorded last year, as six people have already been killed from January 2022.

However, Thyolo Police Officer in-Charge Ulemu Kalua said, they are faced with numerous challenges among them; inadequate officers, resources constraints induced by glitches in the IFMIS and a single police cruiser to patrol the district.

"As Thyolo Police you know, we have a very big area, with a difficult terrain. We have a lot of hard to reach areas. However, we have community policing forums, but to follow up it sometimes becomes very difficult and we don't have enough vehicles to maneuver in that hard terrain.

"Also we are very few, you know Thyolo has a high population with very few police officers, with one officer looking at close to more than 4, 000 people. So it's a big challenge, we are understaffed.

He added: “Another challenge, is resources, you know as a station we are lacking a lot. The station is not in that order we need stakeholders to help us."

On this, DC Moffat has indicated that the council will set aside some funds to help the police, but also urged business community and tea estates to do something on the matter.

A Security Executive Committee Chairperson for Thyolo Goodwin Mwakanema, said they are working hard to reduce increased murder which have risen by 26 percent and cases mob justice.

In 2021, Police recorded 998 criminal cases way below 1,201 registered in 2020, representing a 16 percent decrease. While 24 people especially men lost their lives through murder and suicide which is above 19 recorded the same period in 2020.