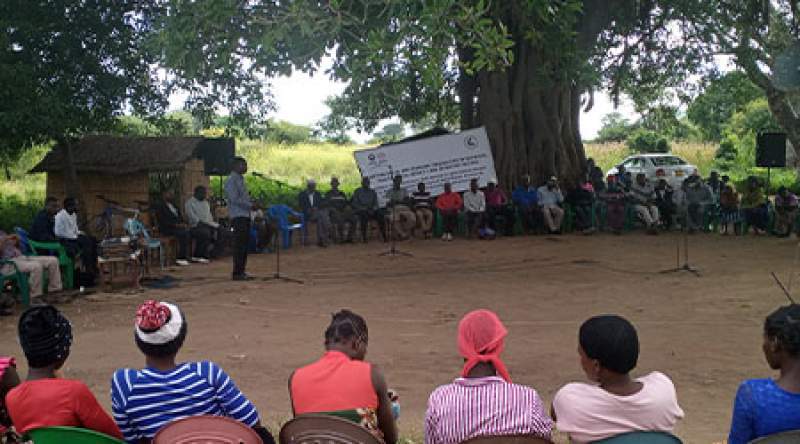 The Norwegian Church Aid-DanChurchAid (NCA-DCA) says various inequalities people are facing to meet their social economic needs will only be defeated if duty bearers engage fully communities at any stage of project implementation.

NCA-DCA Fighting Inequality Project Officer, Mac Donald Mpangwe, said this Thursday in Mangochi while reacting to sentiments by some communities in Nkope ward who expressed ignorance of developments taking place in the area during a community engagement with duty bearers, organized by Malawi Economic Justice Network (MEJN), a project NCA-DCA is funding.

According to Mphangwe, looking at the social economic indicators, inequalities are in various areas so duty bearers like Councilors, Member of Parliaments who were entrusted to save a purpose must make sure that communities are the one suggesting priorities.

“For instance, in education sector, if you are not doing what is right, it means you are worsening the inequalities in the sector,’’ Mphangwe who said is optimistic things are going to the right direction as people are showing that they have been empowered to stand for their rights.

During the interface, some members of the communities said they were not aware of how beneficiary of school bursaries, how the area is benefiting from the District development fund among others.

However, Nkope Ward Councilor, Muhammad Alie, said the area has a plan for five years and when they want to implement developments they just referred to the plans, so some people can justify that they are not consulted, but in actual sense they were part of those that formulated the plans.

Sub Traditional Authority Chiwalo, also said he is aware of the developments taking place in the area and the money meant for that.

However, Chiwalo acknowledged that gaps are still there when it comes to engaging the communities, but downplayed it saying in most cases people are consulted.

MEJN’s Coordinator for the south, Mike Banda, said their role is not to judge or finger point where things are going wrong, but to see communities engaging their duty bearers cordially to achieve a bottom-top approach of implementing developments.