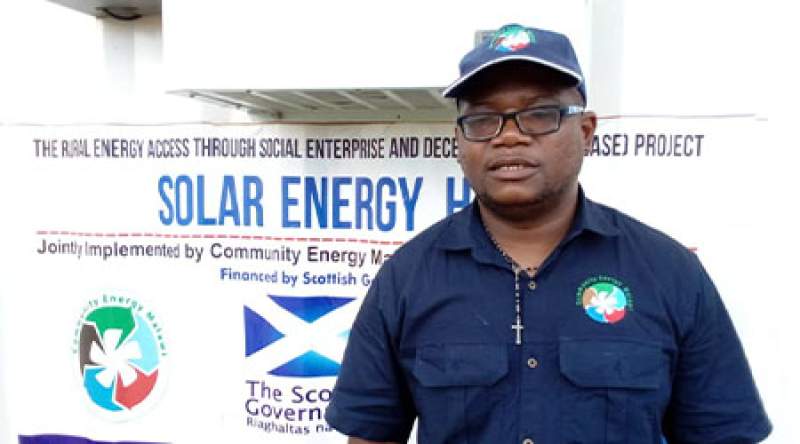 The campaign was meant to encourage people in the area to use MERA certified installers and procure solar products from MERA licenced suppliers in response to the flourishing of substandard energy technologies on the market, which despite being seemingly cheap are in fact short lived and disadvantages customers.

At the campaign, MERA and Malawi Bureau Standards informed people of Chakanza and surrounding areas that they have a right to seek MERA or MBS intervention if short-changed.

CEM has installed a water pump to help Nakatale irrigation skim which has 20 hectares of land in the area.

In his speech, Executive Director Edgar Kapiza Bayani, said, it is high time Malawians embraced solar energy as a tool to better their livelihoods.

CEM, has also deployed a 12.5kwts solar powered energy hub and a cold storage facility in STA Chakadza to keep their produce protected.

STA Chakadza who was all smiles said, the solar energy deployed in his area - will help in lighting, and alleviate poverty.