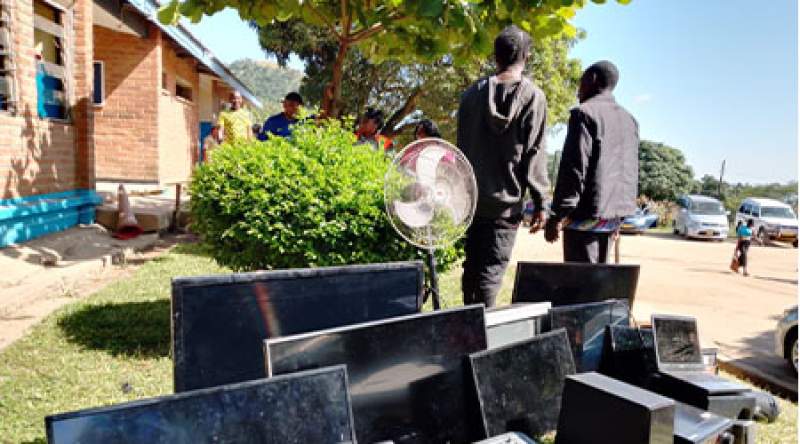 Some of the recovered items - pic by Christopher Sande

Police have arrested two people in Ndirande township in Blantyre where several pieces of property valued close to K5 million have been recovered.

“Be informed that Lameck Chirimba was on the wanted list after absconding the court bail and later went on to terrorize people.

The arrest of the two comes when residents in Blantyre and other parts of the country have been complaining of security lapses where among others street kids are attacking and robbing people.