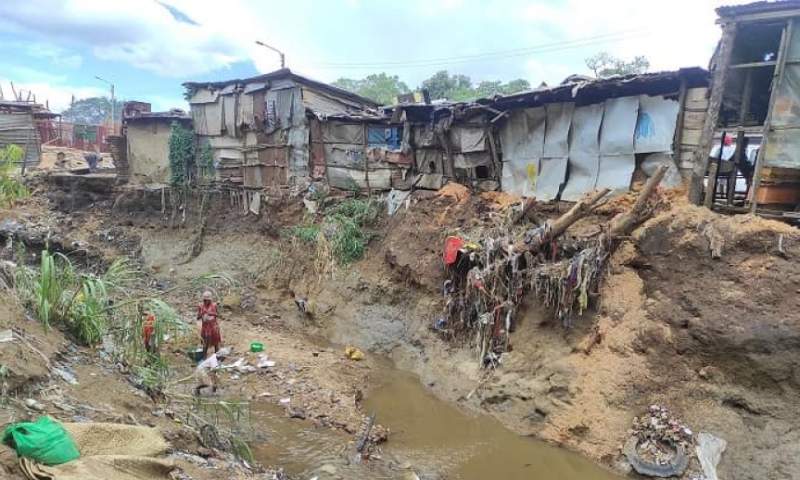 Nasolo river hitting the communities back - pic courtesy of DoDMA

126 households have been left destitute whilst 32 people from 11 households are rendered homeless and injured following floods that have hit Ndirande Township on Monday, government has confirmed.

“Two households were completely washed away and one damaged by flooding water in Matope Ward while four houses had their roofs completely blown off by stormy rains in Makata Ward. The affected people require immediate food and non-food relief assistance,” reads part of the report.

DODMA has observed that “the flash floods were aggravated by careless disposal of waste by communities plying their trade and residing along Nasolo River.”

DODM Principal Relief and Rehabilitation Officer, Natasha Mbengo said the department has observed that there is a lot of dumping of waste and carpenters around Makata Ward throw their sawdust in Nasolo River leading to blockage of the Nasolo Bridge.

“We have advised the Blantyre City Council to raise awareness on the malpractice. We have also advised the council to establish refuse banks to control waste disposal,” said Mbengo.

“As per the recommendation by Blantyre City Council, the department has since dispatched relief items such as maize, housing units, beans, salt, blankets, kitchen utensils and assorted clothes to be distributed to the affected people,” DODMA said in  statement.