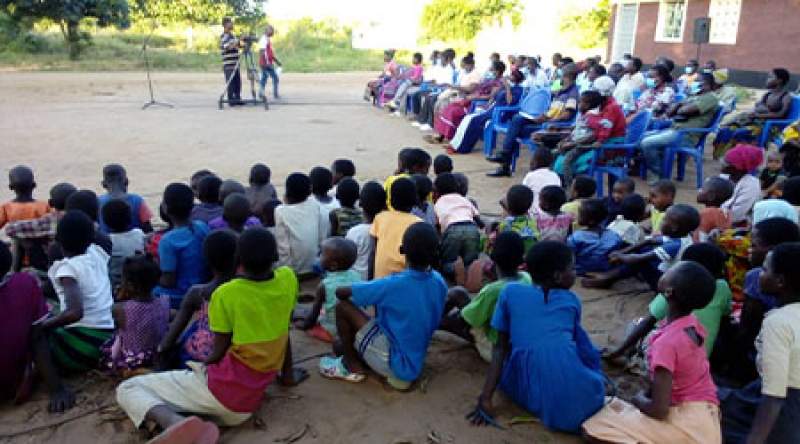 The idea of citizen engagement is for moral education, involvement in the fight against corruption - pic by Chrispine Msiska

Ministry of National Unity has intensified campaigns against corruption through citizen engagement (pabwalo) on integrity and moral education with communities in the districts.

The Ministry’s Director of Civic Education, Dalitso Chikwembani, told Zodiak Online that the fight against corruption is not the responsibility of government alone but a responsibility requiring the involvement of every Malawian.

He was speaking at the headquarters of TA Nsamala where the ministry and Anti-Corruption Bureau (ACB) officials conducted a dialogue meeting with local citizens there.

"This is a government citizen engagement platform where the ministry of national unity through its department of civic education brings government and the people together to discuss issues affecting lives of ordinary Malawians.

“Government briefs people on development projects it is undertaking while people express their concerns or opinions on how government can best run her affairs," said Chikwembani.

Catherine Nkhoma Baluti, ACB Principal Public Education Officer, said the fight against corruption is not only for ACB.

One of the participants an ADC chairperson Zione Phiri questioned the decision by ACB of establishing an institutional integrity Committee under the council which she said is inefficient.

Phiri hinted that corruption is high in the district but fears this openness to speak out will deprive her area of development.

The idea of citizen engagement is for moral education, involvement in the fight against corruption and for people to voice their concerns and opinions on issues of leadership affecting their lives.