When Beaches Don’t Have Clinics 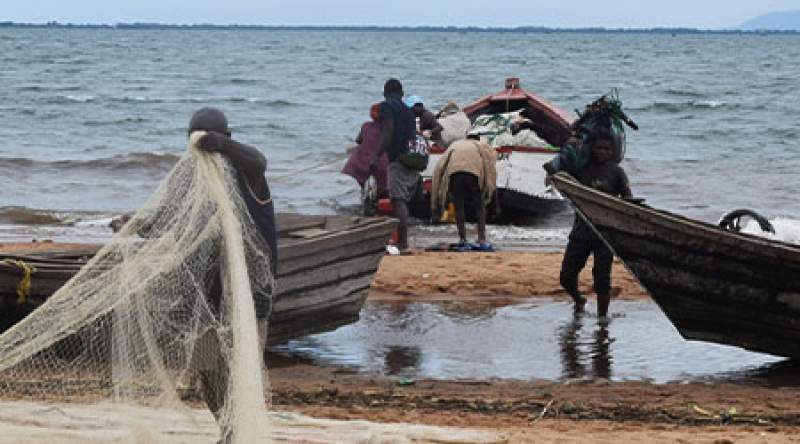 Mangochi is not as hot as it is traditionally known on this Friday afternoon of April 29th, 2022.

It is partly cloudy and the waters are calm on the beautiful Lake Malawi part at Malindi in the district.

The cool weather and peaceful lake provide a conducive environment for the only known economic activity at Makumba beach; fishing.

Everyone is busy on the beach. Some fishermen are docking their canoes, some are leaving for the waters and some are preparing their nets, ready for the night shift.

On the other side of the beach are men and women coming to buy the source of proteins from the fresh waters, and some are swimming on the other side, enjoying the Lake of Stars as it is fondly called.

Much as the lake is a pride for these people, it may also be a health trap for them as little do they know they can get diseases; for example, bilharzia, also known as Schistosomiasis.

According to Centre for Disease Control (CDC), freshwater becomes contaminated by Schistosoma eggs when infected people urinate or defecate in the water.

“The eggs hatch, and if certain types of freshwater snails are present in the water, the parasites develop and multiply inside the snails. The parasite leaves the snail and enters the water where it can survive for about 48 hours. Schistosoma parasites can penetrate the skin of persons who are wading, swimming, bathing, or washing in contaminated water,” cdc.gov writes.

On the Makumba beach is Amin Mustaffa, secretary for the Makumba Beach Village Committee (BVC). At least he is aware of the disease.

“We know that Schistosomiasis can lead to infertility. When counsellors come to with message on the disease, we spread the message to encourage people to get treatment.

“I have been hearing numerous times messages about the disease. I was once among the people testing people Schistosomiasis. I was trained by some organizations and I was able to prescribe medication to people,” he said.

Mustafa was privileged to be a member of health committee in his area and that is how he got trained about bilharzia.

“From the people I tested, 150 tested positive and they were treated. When they got tested for the second time, they were found negative,” he said.

From his experience, Mustafa feels the beach needs to have a nearby facility where fishermen who spend much of their time in waters can get tested and access treatment.

“Most of the fishermen come from very far places such as Makawa. These people do not have time to walk to health facilities which are far from the beach,” he said.

Schistosomiasis parasites mature into adult worms within several weeks and live in the blood vessels of the body where the females produce eggs, according to CDC.

“Some of the eggs travel to the bladder or intestine and are passed into the urine or stool. When adult worms are present, the eggs that are produced usually travel to the intestine, liver or bladder, causing inflammation or scarring.

“Children who are repeatedly infected can develop anemia, malnutrition, and learning difficulties. After years of infection, the parasite can also damage the liver, intestine, lungs, and bladder.

This is a cause for worry for Malawi – Liverpool Wellcome Programme that has initiated a research on the disease in Mangochi district. They set up temporary beach clinics to test not only bilharzia, but also HIV.

Treasurer for Makumba BVC, Bamusi Allan, says they were approached by Malawi Liverpool Wellcome Programme about the research.

“They came and inform us their intention to test fishermen for HIV and Schistosomiasis. They first came and registered people and told us that they will be back.

“They then came back after about four months. The fishermen welcomed this initiative and they feel the period is just too short. They said the exercise will be here for a month but as you can see, there are more fishermen here,” he said.

Allan added that “the programme is only targeting those who registered but the nonregistered are the ones worrying that the time is too short. The fishermen wish they had registered too. We asked for an extension and they told us that they will look at it.”

Team leader for the study, who is also a lab technician, Robert Nyirenda, said in response to the people’s call that “this is a research targeting 220 fishermen.

“We want to find out how many people can access services on HIV and Schistosomiasis. We initially found fishermen wiling to take part in the study and 220 people registered.”

He says the research is titled “Creating Demand for Fishermen’s Schistosomiasis and HIV Services,” Fish study in short.

“We would like to increase numbers that would be able to receive the services. We set up clinics that are always closer to the lake where we can find fishermen and where it is convenient to them to access the services. The challenge is the fishermen move from place to place and it is hard sometimes to find them,” he said.

Nyirenda said that they are working with leaders at the beaches in identifying fishermen, but could not say how many have tested positive or negative so far.

“We have just begun this exercise. We are doing this in the whole district. After some time, we will be able to get the statistics.

“We chose Mangochi because it is a district with many fishermen supplying fish to most parts of the southern region. They spend much of their time in the water but they are not aware that it is in the water where one can get Schistosomiasis. That is why we are targeting the fishermen,” he said.

CDC reports that in terms of impact, “this disease is second only to malaria as the most devastating parasitic disease. More than 200 million people are infected worldwide.”