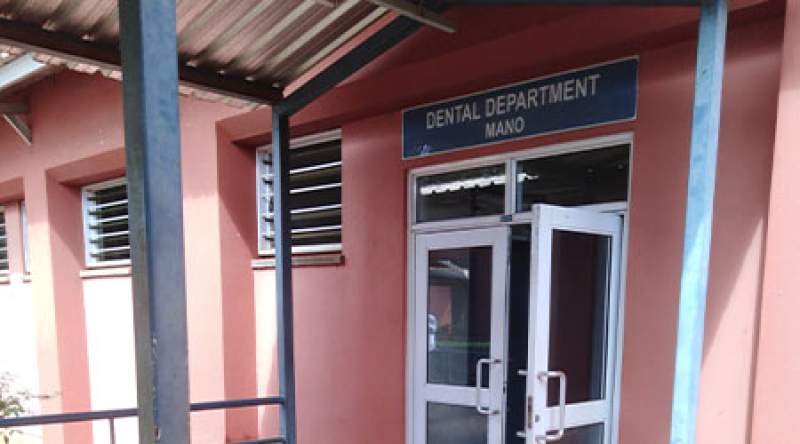 A visit by Zodiak Online on Tuesday morning found a good number of patients, others from the area of Senior chief Chimaliro, being sent back to access help in a certain private clinic.

One of the patients, Dorothy Chiutsi from Magombo Village, Traditional Authority Nchiramwera says they have not been assisted at the district hospital for the past two weeks.

"They have not helped me. I first came here some two weeks ago, they told me to come next Monday, but when I also came back, they also told us there are no drugs.

“So, I was just buying painkillers, but I thought of coming again because my situation has worsened. Today, there are also no drugs," Chiutsi said.

She alleges that some dental practitioners are advising them to go to a private clinic around the boma where, they would help to extract the teeth at K4, 000 each. District health authorities were not immediately available for comment.

"They advised us that they would prescribe the drugs and we go to a certain private clinic around here where they would also go to help in extracting the teeth at K4, 000 each. No, I don't have the money," she alleged.

"For the dental department at Thyolo District Hospital, the district commissioner should make sure that it is opened because in such situations, it is the ordinary Malawians that suffer," he said

Jobe says the ministry of health should update the citizenry on the state of drugs availability in the country because they have been discussing on the road map to end the problem.

"We are surprised because the issue of drug stock outs is one of the issues we discussed a lot towards the end of year 2021. So there are engagement activities with the Central Medical Stores Trust and there was even a road map that developed that the situation would improve. What we expected was that there could be great improvement by now.

"So what the Ministry of Health needs to do now is to keep updating us on situation regarding medicine," He added.

The development comes as some public health facilities are also facing drug shortage where patients are being told to buy supplies in pharmacies.