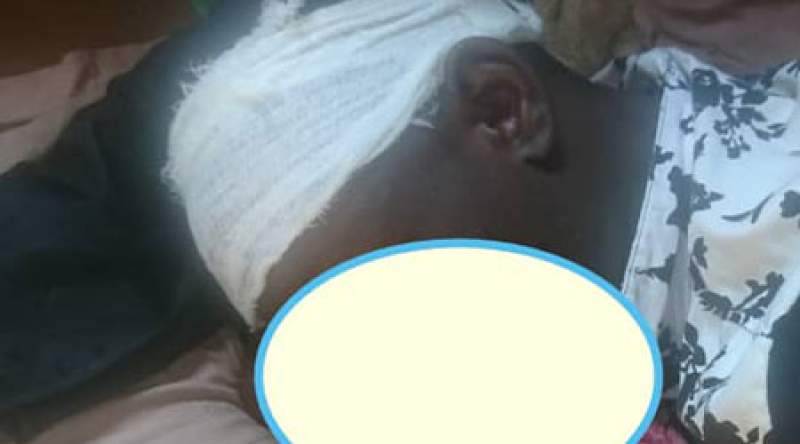 A Form Four student at Chikhwaza Secondary School in Mulanje district Precious Skinner is missing cluster mock examinations after his teacher Golden Mbaula allegedly assaulted and injured him on the forehead on Thursday.

His brother Pastor Felix Skinner told Zodiak Online on Wednesday that despite injuring him, the school management did not bother to take him to the hospital let alone tell his parents.

“Precious told me his condition when I paid him a visit as I routinely do visit and the school authorities did not clearly explain the sin he committed to warrant such a corporal punishment hence reporting the matter to Mulanje Police Station,” said Pastor Skinner of United Apostolic Faith Church.

Mulanje Police Spokesperson Sub-Inspector Gresham Ngwira says it is alleged that Precious together with his form four colleagues boycotted preparation of a quiz competition and opted for studies.

“We hear this angered the teacher who allegedly hit Precious with a chalkboard ruler and he sustained some cuts on the head and as police, we are investigating the matter,” said Ngwira.

Meanwhile, the school’s head teacher Mr. Hartley Kalua says the boy was a ringleader of the few Form Four students that defied the quiz preparation.

“It is unfortunate that the parents have taken the matter to the police but we resolved it amicably with them, the teacher was faulted for injuring the student and we asked the parents to discipline their lad,” said Kalua.

Meanwhile Pastor Skinner says the boy is missing the cluster mock examinations currently underway as he is still nursing the wounds.