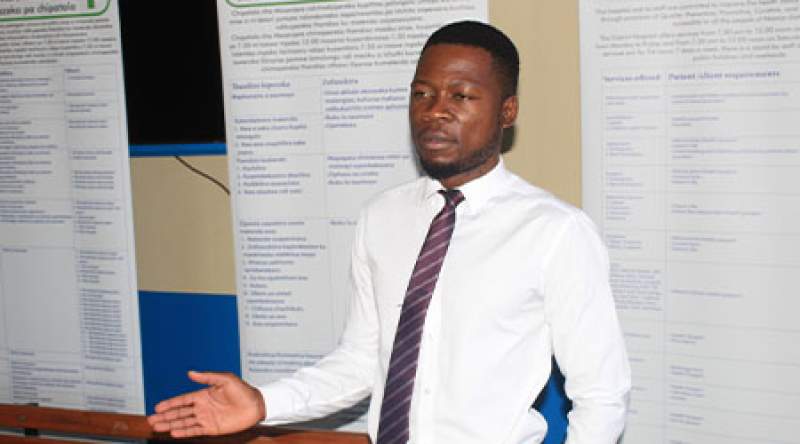 Nsanje District Health Office says it will introduce paying services in the next one month or two.

Director of Health and Social Services, Dr. Gilbert Chapweteka, disclosed the development on Tuesday, saying they have seen the potential that some people in the district have had interest to pay for the services.

Speaking in an interview after launching a service charter, Dr. Chapweteka says they will start with a paying wing whose charges will be reasonable.

“This is just to bring another area for people who have the capacity to pay something and get fast service.

“So as a district we have seen the potential, we have seen people who would want to pay. But we haven’t been ready to do that so at the moment we will start just with a paying wing where patients will choose to be accommodated in the paying ward,” explained Dr. Chapweteka.

He added, “in terms of the services they will be the same as other wards. We have yet to come up with charges but they will be so minimal just to ensure that we get something. This can be used to run some services including water bills but also fixing one or two things.

“At the moment we bank on funding from central government to run most of the things.”

He told Zodiak online that they are finalizing putting beds and furniture in the ward in question saying everything is done.

He added the proceeds will be utilized prudently, “usually money is controlled at the district level, we will have signatories; accounts office, DC, and hospital officials. Someone will not just walk in and get the money.

“Activities will have to be approved at every level.”

On the Service Charter, Dr. Chapweteka commended Tiphedzane Community Support Organization (TICOSO) for the support rendered towards the formulation of the charter.

Hospital Advisory Committee Vice Chairperson, Francis Demba, has since dared communities to utilize the service charter by ensuring that they are not deprived of access to quality health services.

“Let them report various malpractices they encounter in the course of accessing services for authorities’ action,” said Demba.