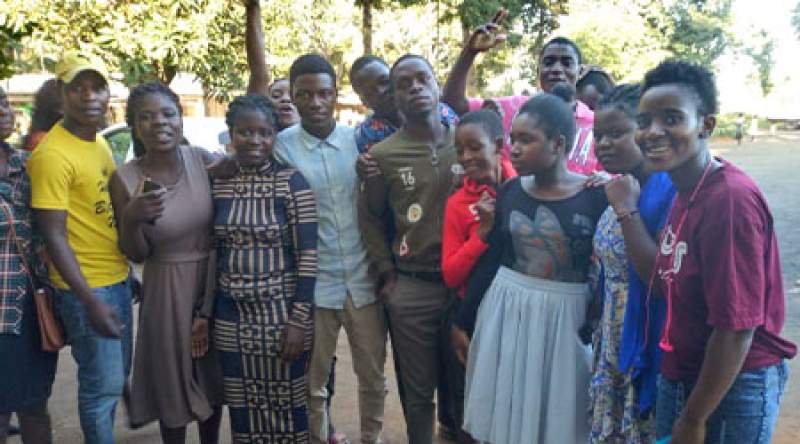 We want our money back - the students - pic by Hastings Jimani

The Magistrate’s Court in Mulanje on Friday remanded the Principal of Mangochi Gate Way College –Mulanje campus Clifford Pangani to Mulanje prison pending further investigations into alleged creation of a bogus examination board.

The board, Malawi Business Administrators (MBA) is alleged to have offered fake diplomas to over 100 students who paid examination fees totaling to K13. 9 million.

Earlier in the day, police fired teargas to disperse the college students who were against taking Pangani to court alleging that they heard that the court will release him on bail and that will be the end of the case.

One of the students, Tadala Gama, a Public Health student told us on Thursday that in February this year, they paid K145, 000 each for examinations which totaled K13, 920, 000 (Thirteen million, nine hundred and twenty thousand kwacha).

“When the results were out and we got our diplomas two weeks ago, we discovered that the papers were fake and that the board being used was bogus,” said Tadala.

Police then arrested Pangani on Friday before taking him to court for formal remand processes.

Reports indicate that the college is co-owned by Clifford Pangani and Gerald Mwabungulu.