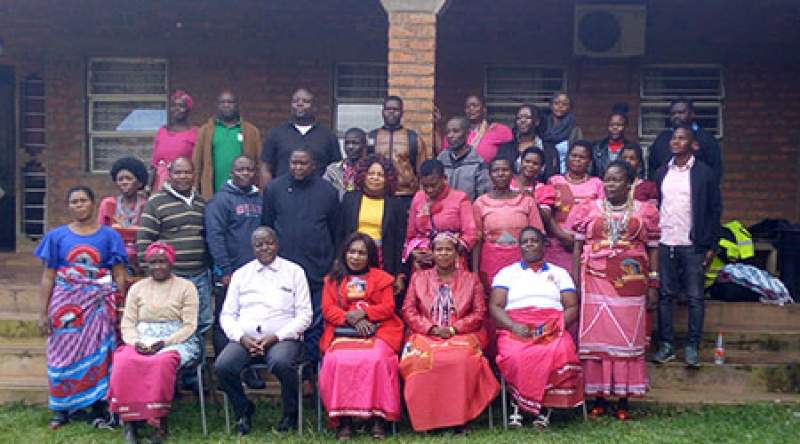 Custodians of initiation camps in Mulanje and Phalombe districts have been challenged to modify the content of their curriculum amid reports that some lessons offered at the camps are fueling child marriages in the two districts.

Project Coordinator for Girls Get Equal at Plan International Malawi Jarson Chandra says initiation ceremonies are part of culture and they have to be preserved but harmful archaic sections should be scrapped off from their curriculum.

He said it is high time issues to do with Sexual and Reproductive Health Rights (SRHR), gender and child protection are included in their curriculum.

He said this in Luchenza on Thursday at the end of a three day training on Sexual and Reproductive Health Rights, gender and child protection for initiators from Mulanje and Phalombe districts organized by Plan International Malawi in partnership with Network for Youth and Development (NfYD).

“During the initiation sessions, the initiators can also be sensitizing the boys and girls on SRHR, gender, child protection and the importance of education,” said Chandra.

Acting Lhomwe Paramount Chief Kaduya believes all harmful cultural practices including those archaic lessons that were offered in initiation camps are no longer there.

“Sometimes people wrongly associate the lhomwe culture with promiscuity but surely what we do is mere preservation of the tradition and some issues we promote are for adults or married people not children,” said chief Kaduya.

Team leader of the Phalombe Initiators James Ng’ambani said encouraging boys to concentrate on their education is what he grabbed during the training.

NfYD Project Manager in Mulanje Chancy Mkandawire said apart from the initiators, they are working with traditional leaders as they are the main custodians of culture.

“We have been strengthening local structures that protect the rights of children like community child protection committees and we are also withdrawing children from marriages and send them back to school. Those who are needy, we do give them scholastic materials like school uniforms and writing materials,” said Mkandawire.