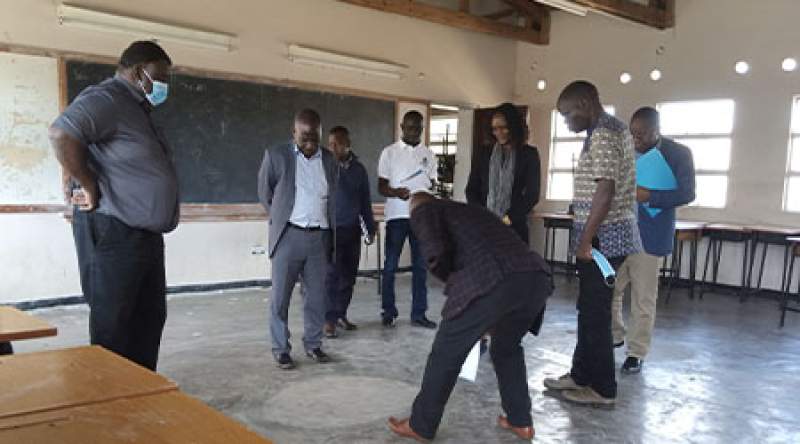 The Ministry of Education says it has set aside 300 million kwacha for minor maintenance works in all public secondary schools to improve the structures.

Deputy Director of Policy and Planning in the ministry, Edwin Kanyoma said this in Machinga as the Public Accounts Committee of Parliament visited Machinga Secondary School to inspect maintenance works of the school structures as recommended in the 2019/20 National Audit Office report.

"It is our wish as the ministry to have all school structures maintained by the authorities at such schools that is why we have a budget of K300 million for such works in all public secondary schools," Kanyoma said.

Member of Parliament for Lilongwe City Center, Alfred Jiya who chaired the event, says they have given authorities at Machinga Secondary School 14 days to finish the rehabilitation of cracks and exposed pipes, but has called on other school authorities to prioritize maintenance of their structures.

"We are happy with what we have seen Machinga Secondary School despite having some little challenges yet to be completed, so we have given then 14 days to complete the maintenances," Jiya noted.

"Authorities in different schools should prioritize maintenance of their structures as it poses a threat to the lives of students," he added.

The 2019/20 National Audit Office report identified poor installation of sewer pipes at Teacher's houses, unavailability of Burglar bars and cracks that developed at the classroom and administration blocks before handover of the school was done.