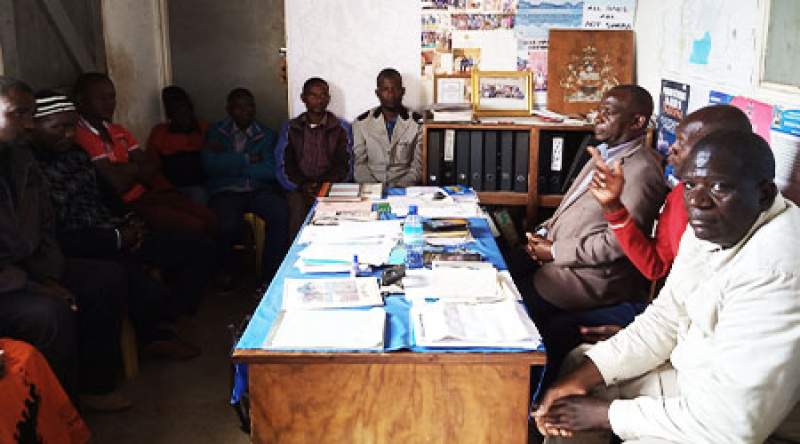 Local chiefs under Senior Chief Nyambi and Traditional Authority Sale in Machinga North East Constituency have directed the area's member of Parliament, Ajilu Kalitendere to prioritize part of the 100 million kwacha Constituency Development Fund (CDF) in improving the area's road network that connects the area to other constituencies including neighboring Mozambique.

Speaking during an interface meeting between the Chiefs, Area Development Committee and the Member of Parliament, Senior Group Village Headman Chitanganya says the road networks in the area are in bad shape which is affecting people's businesses.

Chitanganya has also bemoaned hunger in the area as people are buying maize at 150 kwacha per cup hence pleading with the Member of Parliament to take action on the matter.

"We deserve good roads here that's why we have told our Member of Parliament to prioritize projects regarding road network upgrading same as bridges. We also are at risk of dying with hunger and we have pleaded with the MP to assist us on that too," said GVH Chitanganya.

Meanwhile, Kalitendere has commended the chiefs for providing the needs of the people saying it will help in projects to be undertaken using the funds.

He further pleads with government to increase numbers of beneficiaries in its cash transfer programmes to sustain people's lives in the area.

"Today, I engaged these authorities here because I wanted to get direct information of the needs of the people in terms of developmental projects that we should implement first using the constituency development funds that are now at 100 million kwacha, and am happy with the contributions," said Kalitendere.

"My plea to the government is for it to increase number of beneficiaries in its cash transfer programmes so as to help these people in my area, as well as in Machinga as a whole," he added.