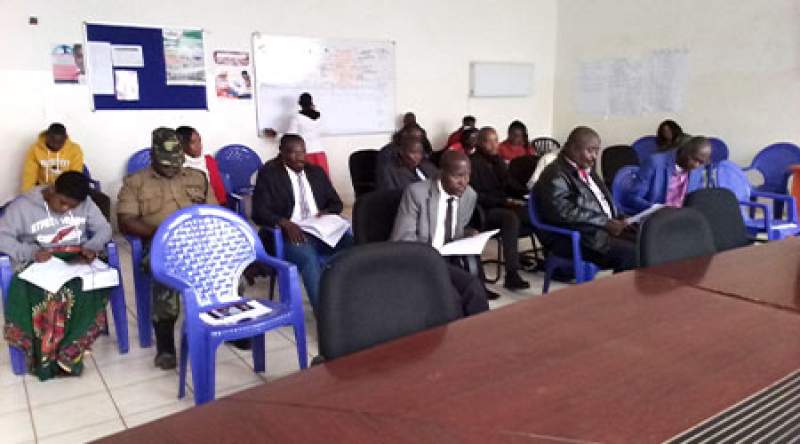 Save the Children Malawi through Norad is engaging child parliamentarians and duty bearers in Neno district on how best to eradicate all forms of child abuse in a bid to ensure full enjoyment of the right to education.

Speaker of Children's Parliament in Neno, Triphonia Kaduya acknowledged positive strides registered such as deployment of a First Grade Magistrate to fast track prosecution of defilement cases, rehabilitation of bridges, class room blocks and formulation of by laws aimed at safeguarding child rights.

She said, it was encouraging to note the speed at which the Neno district council and other stakeholders are responding to issues of child protection.

"As child parliamentarians, we greatly appreciate the support our district council is giving us towards the protection of our rights. For example, by laws have been formulated to prohibit child marriages and forced initiation ceremonies," said Kaduya.

The speaker further said that, it was impressive to note that a number of resilient bridges and school structures have been built, a development which is complimenting a Securing Children's Rights through Education and Protection program (SCREP).

He said that, in this financial year, the council plans to ensure that all barriers to children's education are dealt with. He cited construction of bridges in all areas where learners cross rivers to connect to schools.

"It should be by choice to undergo an initiation ceremony, but let me say that in my area I have banned all traditional initiation ceremonies and only religious ones will be allowed. This is to curb bad practices which our children are subjected to", said T/A Mlauli.

The children also wanted to know how to channel their grievances, Neno district police station officer, Superintendent Madalitso Chikwatu said the children should feel free to report to police if abused.

"We have a vibrant child protection system and we use the Child Protection and Justice act to penalize parents who do fail their role, we use section 80 of the act", said Chikwatu.

He cited an example, where a family of the apostolic faith church were arrested and sentenced for neglecting their children which led to two deaths. The children were denied medical attention on religious grounds.

In Neno district, the Community Action for Sustainable Development (CASDO) is championing the SCREP program and Tendai Mbukwa, a member of the house said it has drilled them in various rights, thereby be able to demand them.