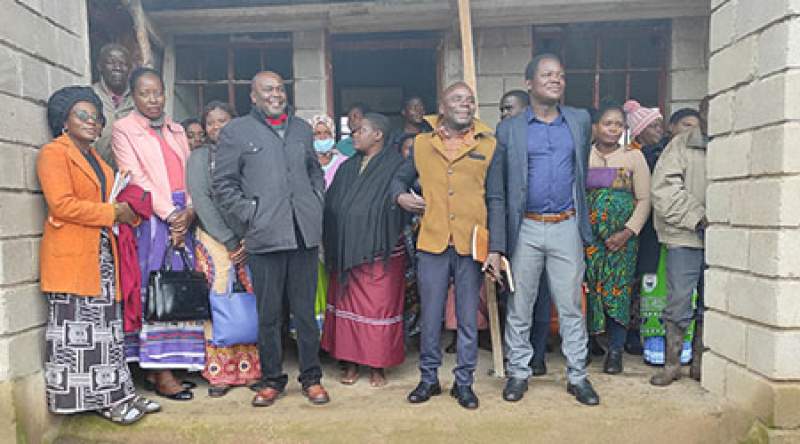 Thyolo is said to be trailing on efforts to create a better foundation for education and quality learners as statistics indicate that about 69 percent of children are lacking Early Childhood Education (ECD).

He said this on Thursday in the area of Traditional Authority Ndalama after a citizen engagement and dissemination of report findings of an assessment on beneficiary satisfaction of women and caregivers in Investing in Early Years Project (IEYP).

"Currently, we have around 73,000 children of ECD age. And these children are supposed to be in the CBCC and ECD centers, but actually on the ground we have around 23, 000 that are accessing ECD services representing almost 31 percent,” he said.

To turn the tables, Mwenda said through a $60 million World Bank funded Investing in Early Years Project (IEYP) implemented in 13 districts, government is constructing 15 model centres in the district to improve on attendance and learning environment by 2024.

According to the assessment report, Senior Chief Chimaliro, authorities should fast track the construction of the model centres.

"I am not happy with the way CBCCs construction process is dragging; please tell the district officials that we need these buildings well completed," Snr Chief Chimaliro said.

However, Monitoring and Evaluation officer for Civil Society Organisation Nutrition Alliance (CSONA) Kettie Sambani, said after the assessment, women and caregivers have somewhat expressed satisfaction on how ECD services are being implemented under the project with a score of 2.5.

Sambani indicated that the Community Engagement was conducted as one way of promoting participation and ownership of the project beneficiaries by enhancing transparency and accountability among citizens and duty bearers by 2024.

Sambani has thus, called on authorities to improve on infrastructure and proper learning environment.

"After conducting a citizen engagement through community scorecard tool, we found out that the total score for the district, is 2.4. This implies that project beneficiaries which are caregivers and women whose children are in the CBCC, they are somewhat satisfied with the services being implemented under the project.

Meanwhile, over 1, 000 caregivers are also ECD services without proper training in the district, with only 300 earmarked for training this year under the IEYP.